They say “what you don’t know can’t hurt you”, but when it comes to your mind, this statement couldn’t be further from the truth.

What you don’t know about your mind, what runs it, and how it drives your life can definitely hurt you – probably more than anything else.

As a therapist and former social anxiety sufferer, I know exactly how important it is and how life-changing it can be to start living with intention and take back the reigns over your life.

So, I want to share 10 vital facts that will help you understand your mind so that you can live more intentionally. which really means to live life on your terms according to the beliefs and values that best serve you.

Otherwise, what you don’t know will continue to hurt you.

1. Your Mind and Your Brain Are Two Different Things

I think, therefore I am. —  Rene Descartes

Rene Descartes made the distinction centuries ago between the mind  –  the essence of which is thinking  – and brain matter, but it’s been a debate among scientists globally ever since.

What we know to be true is that if you were to point to your mind and your brain, you point at the same thing, right?

You can also be dead with a brain, but you can’t be alive without your mind. You are your consciousness and although scientists are yet to prove the limits of it (if that’s even possible), we know that it’s extremely powerful. Search Google and you’ll find evidence from all over the globe of people healing themselves, surprising doctors, and shaping their realities with focused and willed thoughts.

I have personally experienced the power of changing a deep-rooted fear of public speaking and social interaction. What was once a seriously petrifying notion, where even a thought invoked the “fight or flight” response, is now something I enjoy.

I revisited the painful memories until they weren’t painful. I rationalized the beliefs I had about it and told myself just how much I loved public speaking in public. I gave my mind new pictures to see and proved that if you really will yourself to change, you can. This is an important part of living intentionally.

I got up in front of 60 people and did a cross-examination (ex-lawyer here) and I genuinely enjoyed it. It blew my mind.

Action: Think about something you’d like to change in your life. Is it a behavior you wish you didn’t have or a belief that’s holding you back? Writing is a great way to sort through it all, and once you’ve identified them, keep reading.

3. Your Mind Doesn’t Know the Difference Between What Is Real or Imagined

Right now, I want you to imagine that you’re cutting a slice of lemon. See that freshly cut, juicy lemon in your mind right now.

Smell it. Notice that it’s a really juicy one. The acidic juices are dripping as you cut into it. Now, picture yourself biting straight into it. Close your eyes and picture that acidic, fresh juice seeping all through your mouth.

This is a simple but effective demonstration of the fact that your thoughts can bring about physical reactions because your mind thinks that you’ve actually eaten a lemon.

Now, think about what your mind is doing when you’re catastrophizing situations, constantly re-living negative events, or picturing the worst things happening. According to Dr. Dispenza’s You Are the Placebo: Making Your Mind Matter, your mind doesn’t know the difference.

It feels like it’s actually happening so your body reacts the same way. This is how we get burnout, adrenal fatigue from too much cortisol, and a constant state of fight or flight.

“If you want to dream big, you have to dream in great detail.” —  Mike Tomlin

When you visualize the state in which you’d like to be in, the presentation that you want to give, or the conversation you want to have in a positive light, your body and mind will act as though it’s happening; it’ll be primed to do what you mentally rehearsed when the time comes.

Action: Picture what you want, see it often, and see it in great detail.

I came across a conflicting belief I had when I was overcoming social anxiety. The issue was that what I wanted to do and what my mind thought it needed to do were two different things.

I wanted to interact with people and feel comfortable speaking in groups, but my mind kept trying to keep me away from what it assumed was going to be a painful experience. This is because it was painful for me as a kid when I was bullied, so my body would go into fight or flight and cause me intense anxiety to alert me and help me escape the situation.

Your mind’s job is to keep you away from harm and pain, but sometimes it’ll make you shy away from the things you really want to do to keep you “safe”. Intentional living does not mean being 100% safe. Sometimes, you have to take risks, too.

Action: Look for inconsistencies – things you wish you could do but don’t feel comfortable or able to do, and aim to align yourself.

5. It Doesn’t Take Years to Change a Behavior or Belief

The reason “talk therapy” takes a lot longer than we’d like is that communication isn’t happening at the most effective brain wave frequency. It’s your subconscious mind that holds the negative beliefs and habits.

So naturally, when we get onto the same frequency (alpha and theta brain waves), we can communicate more effectively with this part of our mind. It sticks quicker and, when guided, it can give us the answers we can’t access at a conscious level.

Action: Open your mind to subconscious methods of reprogramming, whether it’s a guided recording on youtube or with a hypnotherapist, and know that you can change without losing years of your life trying.

6. Your Mind Will Believe Negative Things Over Positive Things

If you’ve never heard of the negativity bias, you will no doubt have experienced its effects.

Remember a time where someone said someone said something critical or mean about you. Even though you did several positive things that day, or received more compliments, did you find it was really hard to get that one negative thing out of your head?

Thought so. It’s not an exact science, but your mind needs significantly more positives to counter a negative.

Action: Actively work on reinforcing the positive when you hear negative comments or feel negative thoughts. Know that you can turn it around, but your mind is geared negatively so you’ve got to practice this skill. Knowing this is key to intentional living.

7. Your Mind Believes the Things You Tell It

This one is pretty self-explanatory. If you tell yourself you’re worthless or stupid, your mind will believe that to be true.

If you tell your self you love being confident, you feel calm and you can achieve whatever you want. It will believe that too (though it will need to hear that more often because of the negativity bias, remember!). That’s why if you want to live intentionally, you have to consider the things you tell yourself.

Action: Consider the words you say to yourself every day. Decide who you want to be and tell yourself that’s exactly who you are. Watch how you change.

8. Your Beliefs Are Often Irrational and Harmful

Did you know that when children experience family violence, their brains have similar patterns of activity as soldiers that have fought in a war?

If you’ve suffered trauma, bullying, physical or verbal abuse as a child, the chances are that your subconscious mind formed irrational beliefs before your logical mind developed, and if you let them, these beliefs could be running your entire life.

But when you identify, rationalize, and re-visit these beliefs, you can change them. Unless you revisit these beliefs as an adult, you could risk living your life based on irrelevant things that hurt your younger self.

Action: Reflect on those tough life moments – the ones that are often hard to think about but the ones that may have shaped you. Work through it with a therapist, or write it all down so you can start to question and rationalize what you believed to be true. Reflection is an important aspect of intentional living.

9. Your Mind Defaults to What Is Familiar

We are creatures of habit. We love doing what we know because it’s relatively certain. Uncertainty and unfamiliarity are uncomfortable.

But sometimes, what is familiar to you isn’t good for you. The familiar eating patterns you have, the negative thought loops you’re stuck in, the self-deprecation, the anxious feelings, the overreactions – all of these things we do out of habit but not necessarily because we want to.

The good news is that you can make the familiar unfamiliar. But new habits that really stick are those that sit at an identity level (i.e. you can’t beat yourself up for not reaching your goal of losing 10 kgs (an outcome) when you don’t identify with being a fit and healthy person (your identity)). You must identify with what you’re trying to change otherwise it won’t stick.

Action: Imagine you could watch yourself throughout the day and notice whether the things you’re doing are because you want to or if you’re doing it because it’s easy because it’s what you’ve always done. Look for clues, particularly if you feel guilty, sad, angry, or annoyed after a thing you eat or say or do.

10. You Are Not Your Thoughts

“Rather than being your thoughts and emotions, be the awareness behind them.” —  Eckhart Tolle, A New Earth

Think about it, based on the preceding facts I’ve listed about your mind, you now know that your mind believes what you tell it. It can be physically affected by your thoughts, and it can shape your entire reality.

If you can notice your thoughts, let them flow in and out, keep the ones that help you, and let go of the ones that don’t. Then, you’ll reach a level of mind control that very few can reach.

It starts by getting quiet, calm, and doing whatever makes you focused and happy, like running, meditation, walking, or listening to music.

Action: Become aware of your own negative thought loops and practice letting them go or just noticing them rather than giving in to them, believing them straight away, and reacting.

I hope these 10 facts help you as much as they have helped me and my clients. These are not guaranteed to make you live intentionally, but they will definitely help you live life on your terms. 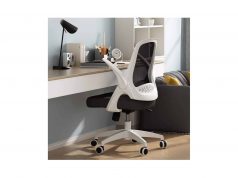 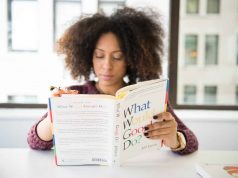 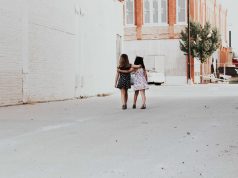 40 Acts of Kindness to Make the World a Better Place…