What is success to you?

To some, when they think of success, they imagine wealth. Others want power. Some just want to make a positive impact on the world.

All of these are perfectly valid, indeed success is a concept that means different things to different people. Though, no matter what success is to you, it almost certainly isn’t something will come easily.

There are countless books and guides to being successful, however, as success is personal and unique to each individual. The advice contained in these books can often not be relevant. Therefore following the advice of a single individual can often be unhelpful.

With this in mind, considering the advice of a great many people, people whose ideas of success were different both to each other, and quite possibly, to you can be a good alternative.

What follows is a list of thirteen of the best pieces of advice from some of the most successful people who have ever lived. 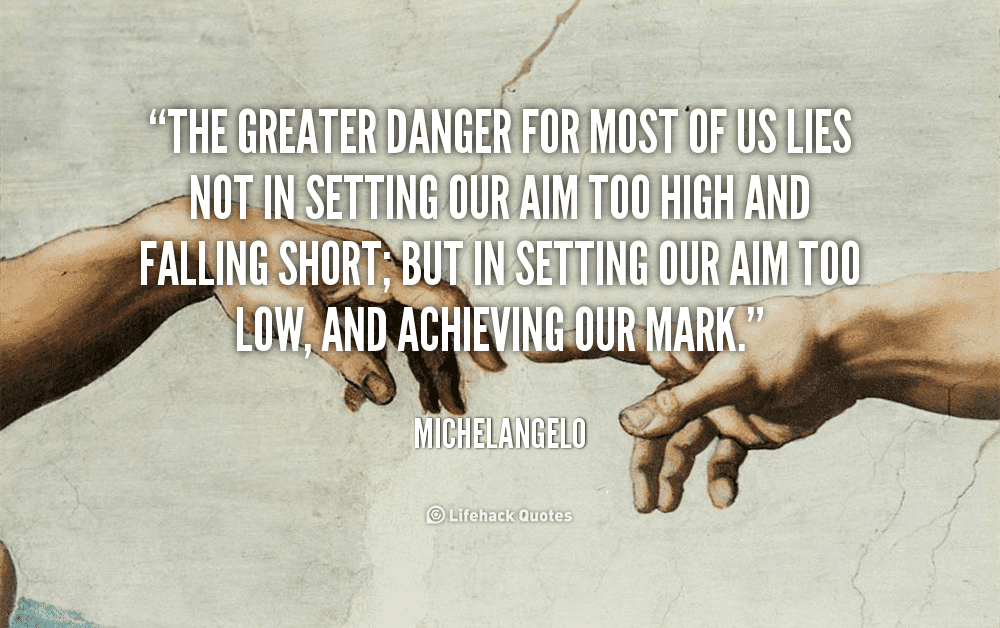 There are few artists as influential as Michaelangelo. Today centuries after his death, his work still inspires and connects to people. His work is world famous, just think of his statue of David, or the Mural in the Sistine Chapel in the Vatican.

Imagine then, if he decided not to work as an artist.

Being a successful artist has always been extremely difficult, imagine if he decided to give up this ambition in favour of something easier?

Oftentimes, people often decided to put their dreams aside for something more “realistic”. To give up their dream for something easier. This quote teaches us the danger of such a point of view.
Instead be ambitious.

2.Find what you love to do and do it.

“You know you are on the road to success if you would do your job and not be paid for it.”

This is a good quote to remember and think about when you’re at work.

Imagine being as successful as possible in your current job. Ultimately you’ll probably find yourself working extremely hard and this it will take up much of your time.

If it’s a job you hate, then being successful at it might only mean filling your life with something you hate to do. What’s the sense in this?

Instead, why not focus on doing something you love? Success at this means the fulfilment of your dreams.

Even if you’re not successful, you still filled your time with something you love to do. Many successful musicians spent years of their lives doing unpaid performances, the only reason they kept playing was because they loved to perform.

3. Learn how to balance life. 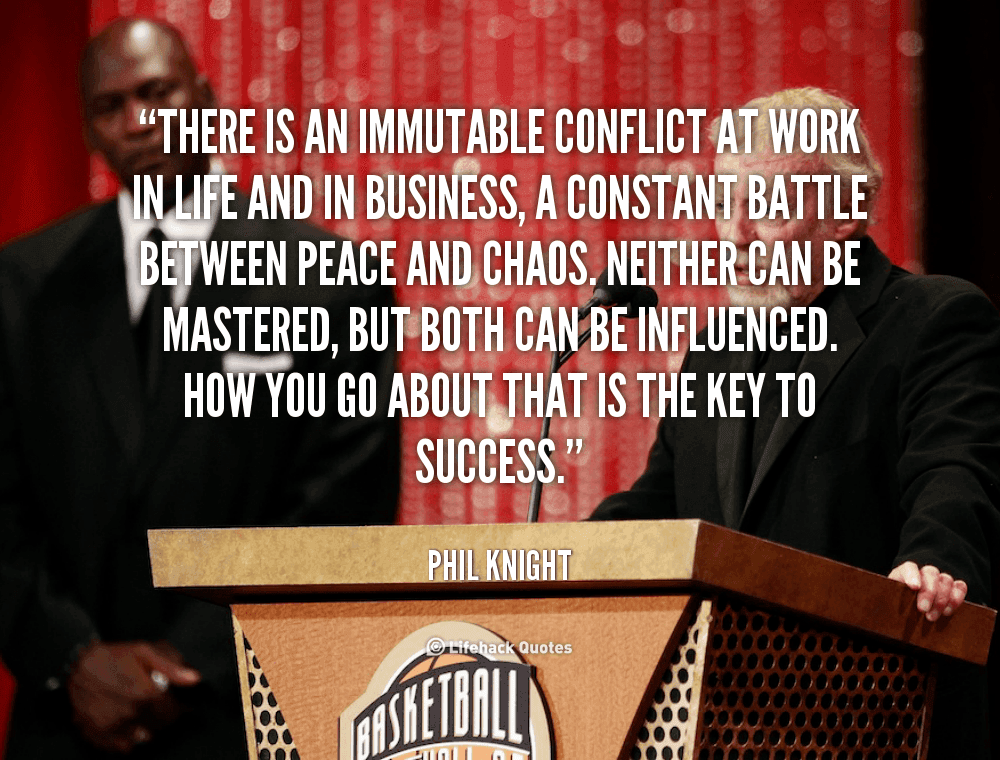 “There is an immutable conflict at work in life and in business, a constant battle between peace and chaos. Neither can be mastered, but both can be influenced. How you go about that is the key to success.”

All too often, people think that to be successful, they need to make the object of their success their life.

If a person thinks their job will lead them to success, then they may spend countless hours per day, and well into the evening working hard.

However this comes at the cost of rest, your health and having an enjoyable life. Ultimately they may burn out and cease to be successful at their job anyway.

If success comes from having a strong social life and a good group of friends, their job may suffer; meaning that they may lose their job, and then be unable to afford going out with friends.

In these ways, success, as Phil Knight says above, is helped by balance. Think of it as a balance between rest and work, or work and play.

4. Do not be afraid of failure. 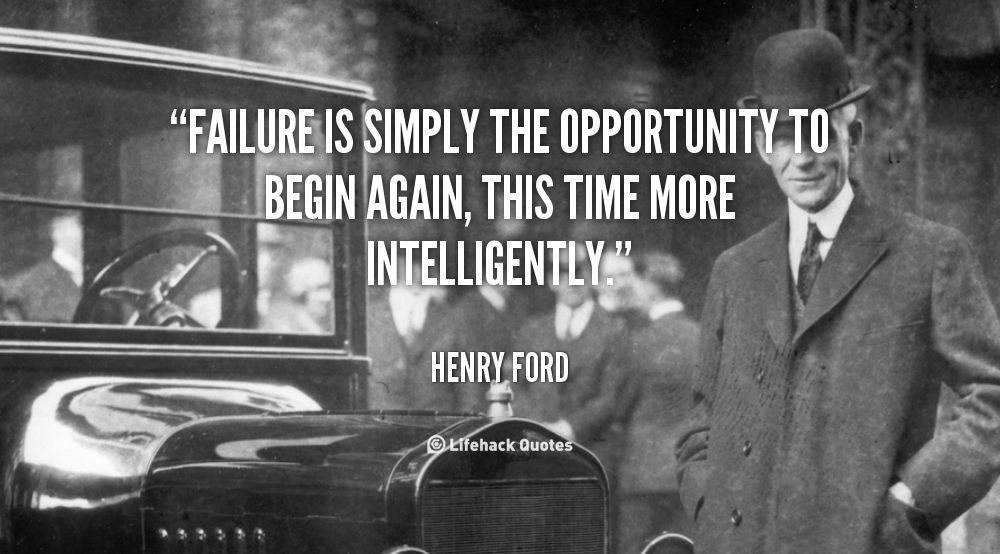 “Failure is simply the opportunity to begin again, this time more intelligently.”

There is a story, it’s unconfirmed whether it actually happened, yet the message within is none the less true:

Thomas Edison inventing the lightbulb was the result of several hundred failed attempts. In an interview, he was asked “How do you feel after all of your failed attempts?”

His response was great, “I didn’t fail, I learned hundreds of ways not to invent the lightbulb”

He saw each “failure” as a lesson. From that lesson he learned what won’t work, and also might work instead.

Each failed attempt, each rejection, were key steps on the journey of his success. It is easy to feel like you should give up after a failure. But perhaps in that failure is a lesson.

Pay attention to your failures, study them. Perhaps then you’ll learn how to succeed.

5. Have an unwavering resolution to succeed. 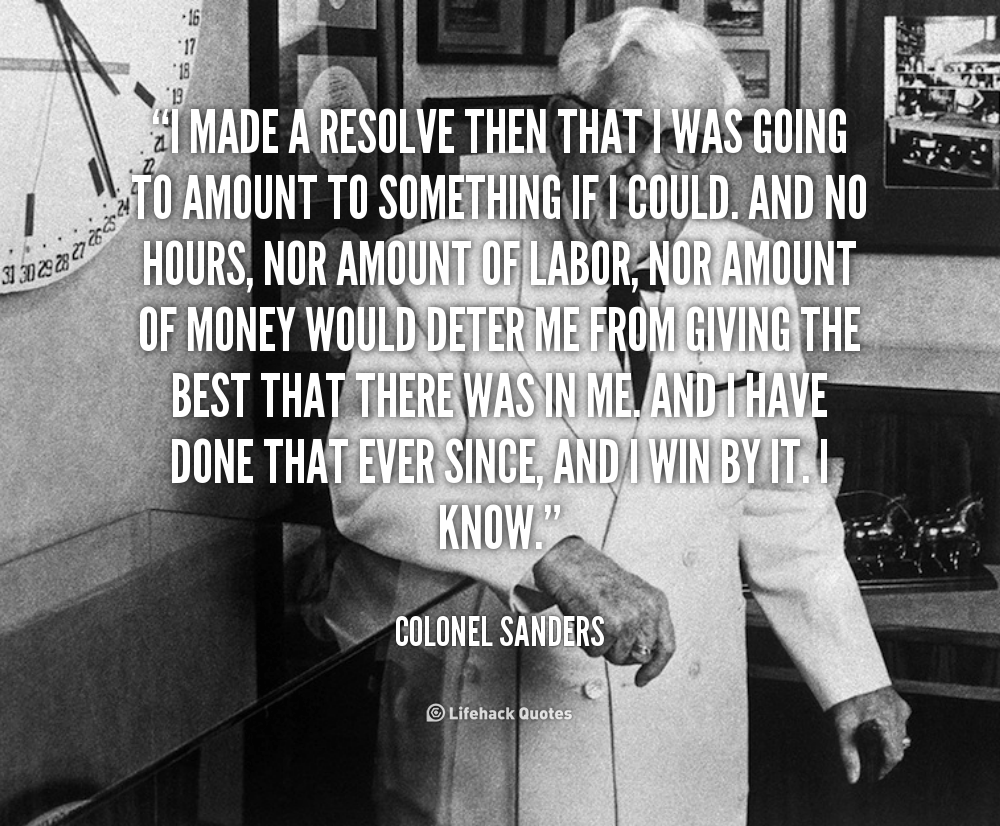 From Colonel Sanders, Founder of KFC:

“I made a resolve then that I was going to amount to something if I could. And no hours, nor amount of labor, nor amount of money would deter me from giving the best that there was in me. And I have done that ever since, and I win by it. I know.”

This, in many ways relates to the above quote about learning from your failures.

It’s the easiest thing in the world to give up from a failure. The only way to push on is if you have the true burning desire to succeed, to not be moved or dissuaded from your goals.

If you are not truly dedicated towards success, then each failure will hurt more, each set back will slow you down.

Success is hard; without the unwavering desire to succeed, this difficulty may seem insurmountable. With the desire, it is merely an obstacle to go through. 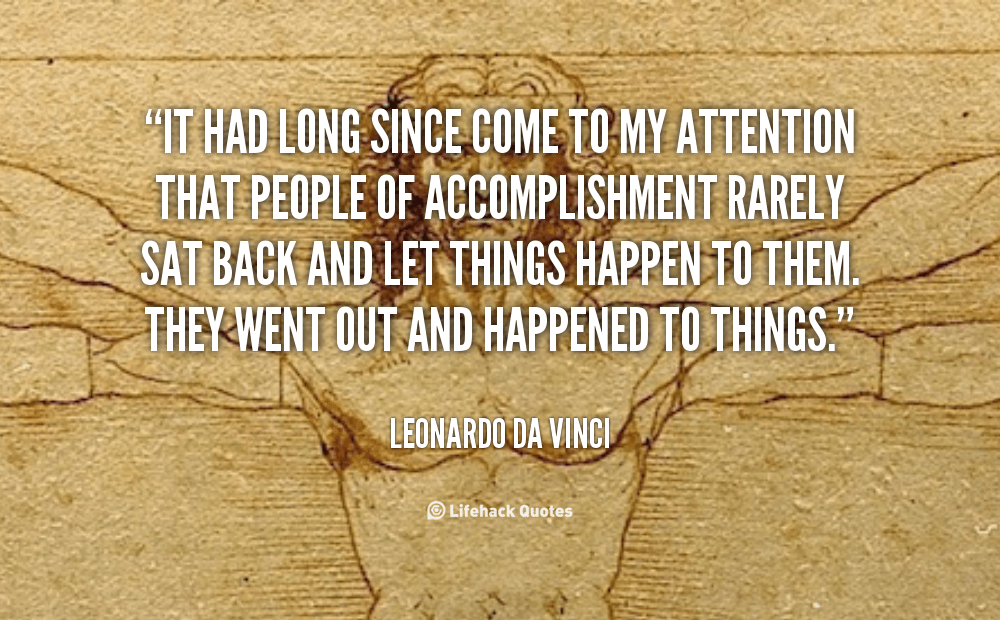 “It had long since come to my attention that people of accomplishment rarely sat back and let things happen to them. They went out and happened to things.”

Though it was said hundreds of years ago, it works just as much today as it ever had. It applies to literally any successful person.

Or think about the present day:

Bill Gates or Steve Jobs. Our current way of life would simply be incomparably different if they didn’t accomplish what they did.

You’re probably reading this article on a device by a company that they either founded or companies influenced by them.

All these figures were proactive, they saw ways to do things differently and did them. If they let the world shape them, then they’d simply fit into the background. Instead they shaped the world.

Applying this to you?

Don’t be afraid of going outside the norm. If you can think of a better way to do something, do it that way. If you fail, try again. 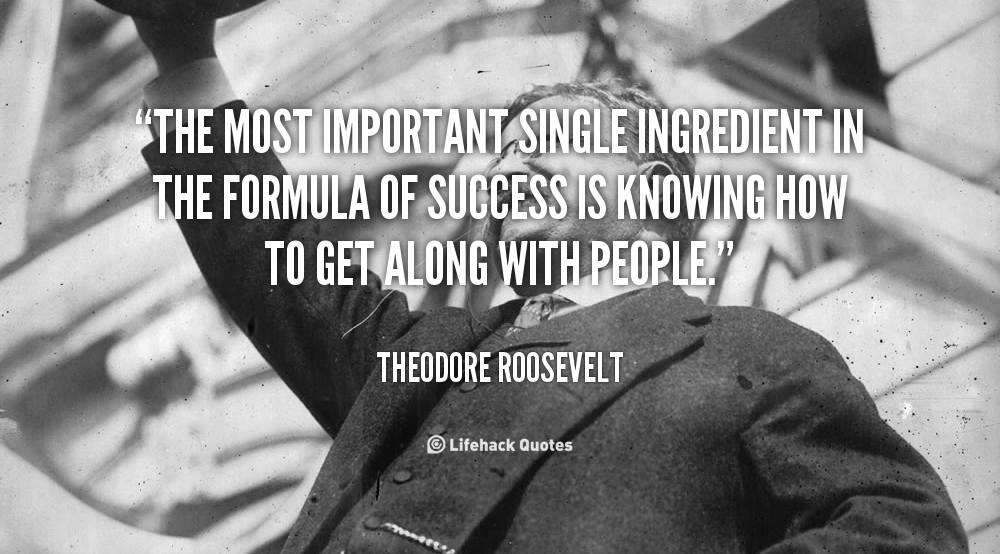 Scroll down to continue reading article

The most important single ingredient in the formula of success is knowing how to get along with people.”

People liked them. They wanted them to do well.

This is key to good leadership.

It’s logical. If someone likes you, they want to help you; if you give them a suggestion, they’ll gladly follow through with it.

But if someone doesn’t like you, they may either refuse to help or actively get in your way.

What’s more, it’s always a good idea to cultivate good relationships. You can never tell who will prove to become someone who’ll be able to help you in a big way, or even be a good and supportive friend. 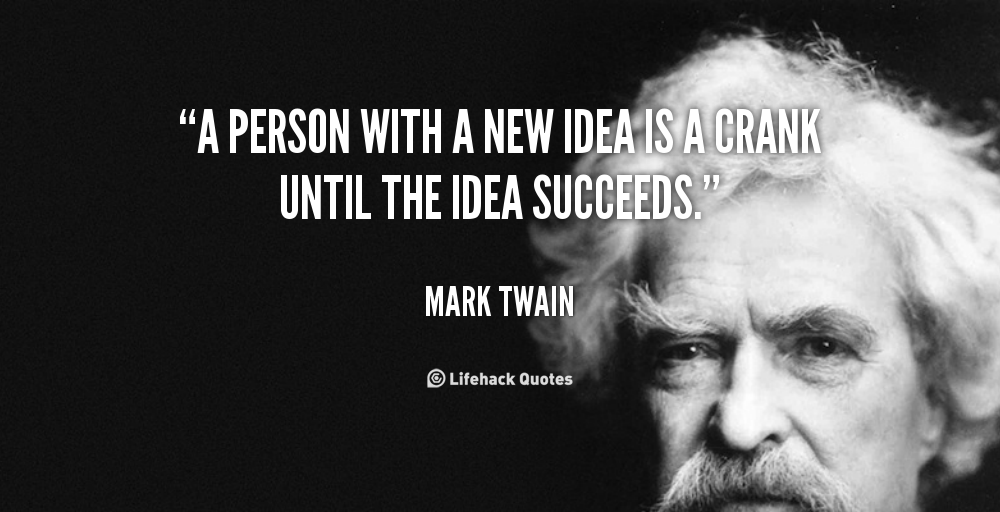 “A person with a new idea is a crank until the idea succeeds.”

It is an unfortunate truth that those with the boldest ideas are often disregarded.

If you have a new idea, don’t throw it away because it’s new and different; instead, celebrate it. Your strange new idea might one day be the one that leads you to success.

9. Believe in your capacity to succeed. 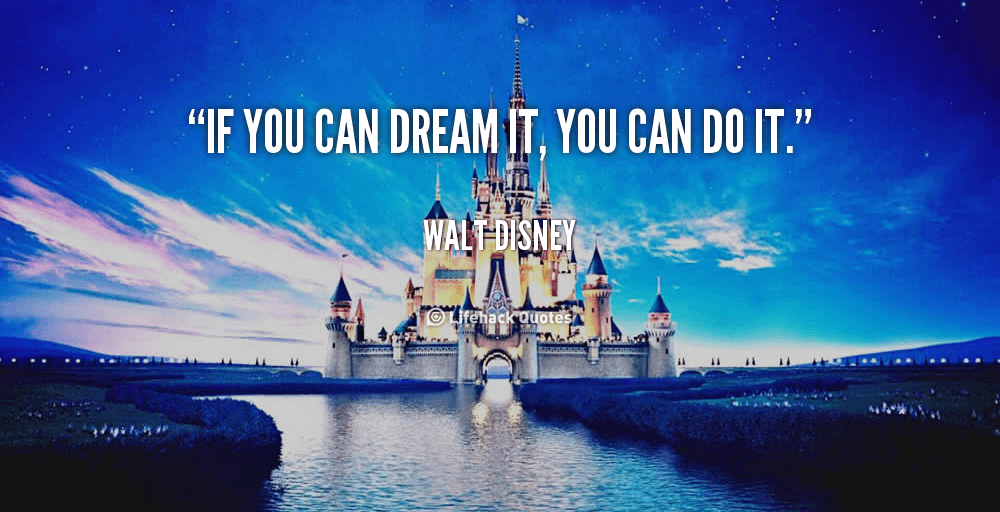 Success has to be something you can imagine yourself achieving.

It is possible that you will come across those who doubt you and your ability to succeed. You must not become one of these people because the moment you cease believing and dreaming is the moment these dreams fall away. 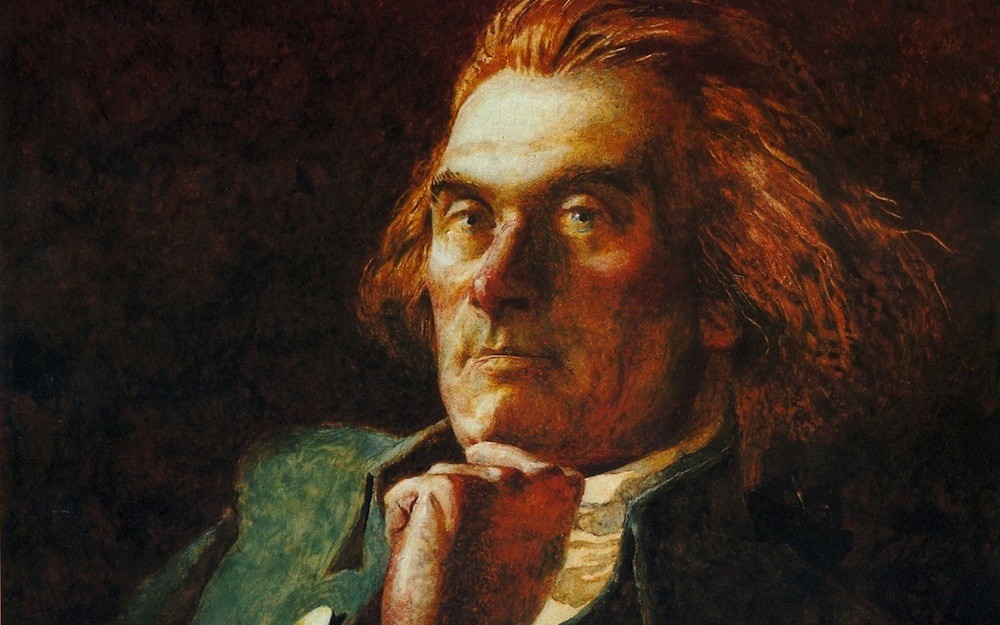 Like the above quote says, you need to trust in your ability to succeed. This is the only way to cultivate the right mindset.

You need to approach problems, not as obstacles stopping you, but merely tasks that need to be completed for you to keep going.

If you think like this, setbacks won’t affect you so much, people’s doubts won’t impact you and even the biggest obstacles will seem like minor problems.

However with the wrong mindset of doubt, you’ll be much easier to stop.

11. Don’t let discouragement stop you from pressing on. 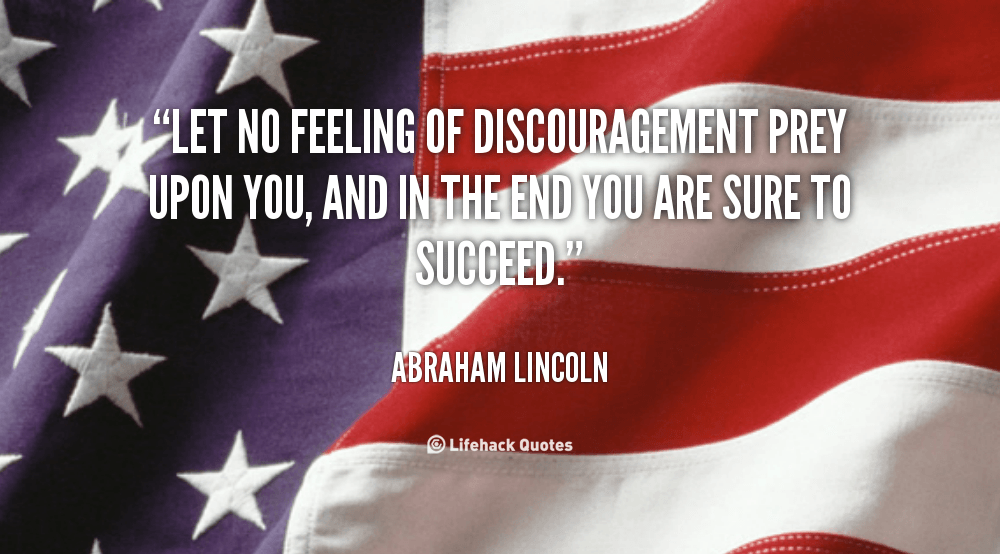 “Let no feeling of discouragement prey upon you, and in the end you are sure to succeed.”

It is an unfortunate fact of human nature — all of us in some way, doubt ourselves. This can be made far worse if others doubt us too.

When surrounded by doubts, giving up can actually seem like a good idea.

Don’t pay attention to the doubts. If you are discouraged, ignore it.

If this discouragement moves into your mind and you begin to doubt yourself. It is important to ignore this too.

Take a look at these 5 Ways to Stop Self Doubt in its Tracks. 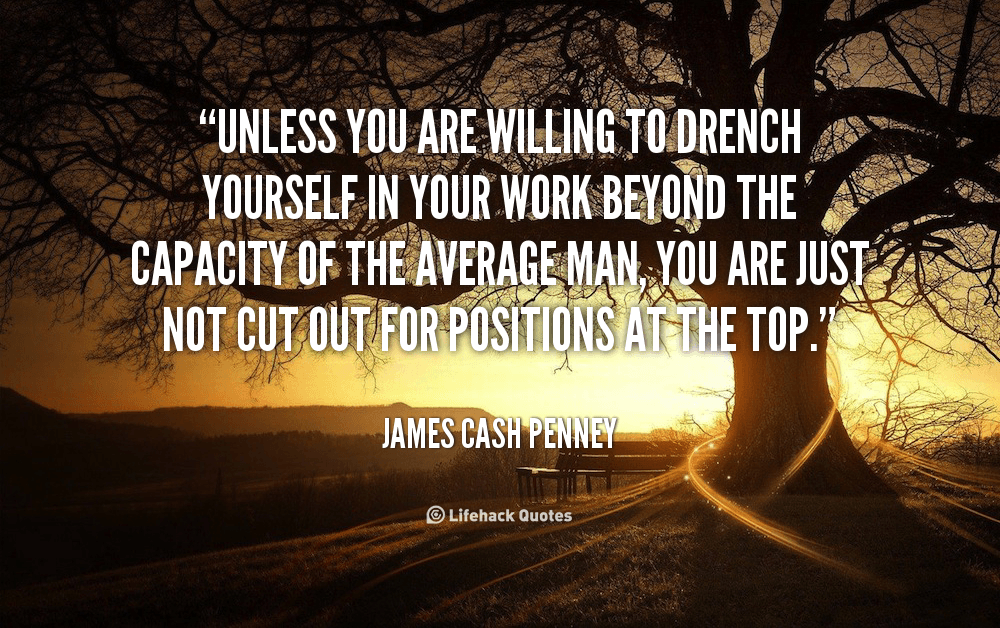 “Unless you are willing to drench yourself in your work beyond the capacity of the average man, you are just not cut out for positions at the top.”

You might have heard the quote that “success is 1% inspiration, 99% perspiration” or you may have heard about the 10,000 hours idea.

Whichever way you frame it, they say one thing:

You’ll never become successful if you don’t work towards your goal and keep working towards it.

Check out this article and you’ll understand Why Hard Work Beats Talent. 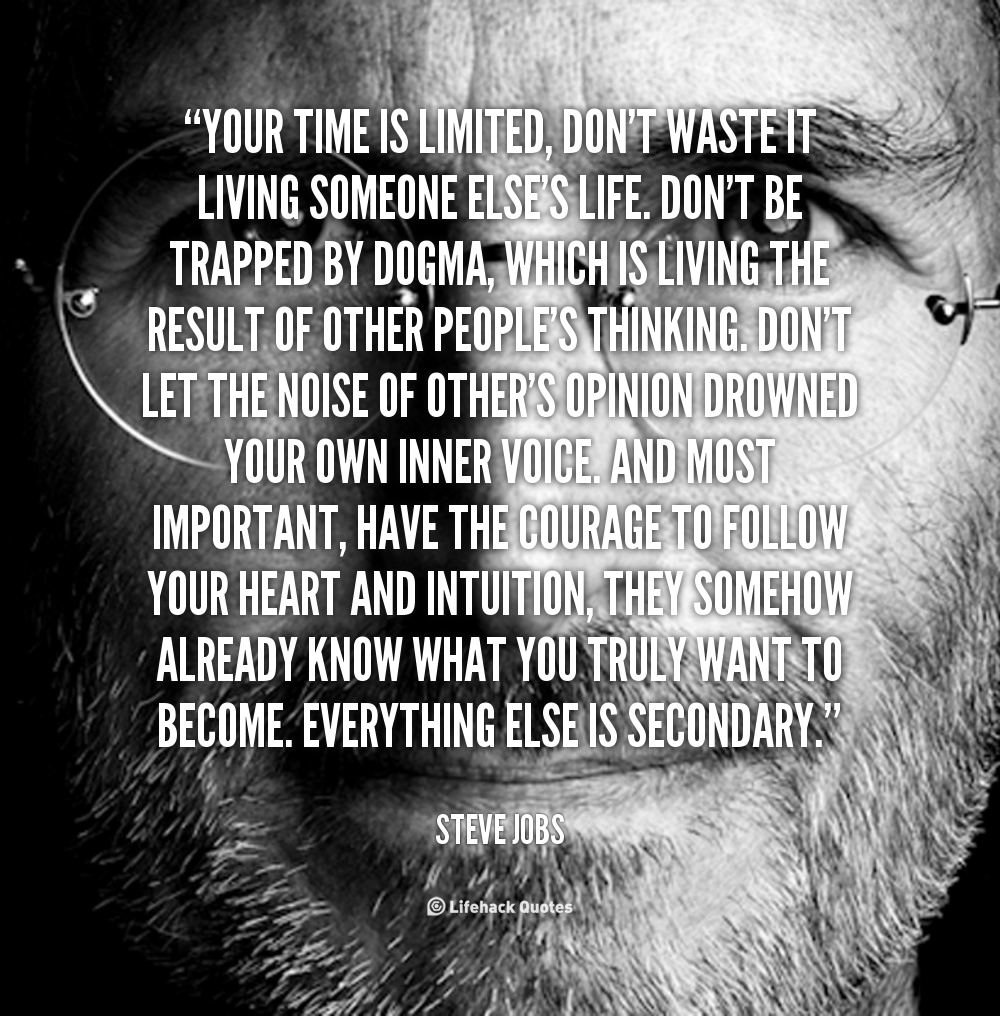 “Have the courage to follow your heart and intuition. They somehow already know what you truly want to become. Everything else is secondary.”

In ancient Greece, there was a group of Oracles who lived in Delphi. Everyone who needed advice or to know their future visited them, from the poorest of society to kings. Above the doorway of the temple were the words “know thyself”.

If you strongly believe and desire something, the chances are that you already have an idea how to get there. If not, you may naturally know what things will help you and what things will slow you down.

It’s like how your body can detect danger even when things seem safe.

Ultimately then, you need to trust your own instincts.

What you might have noticed is that many of the above lessons are similar — most are about developing the right state of mind. This clearly suggests that the key to becoming success, in whatever you wish, comes down to the way you approach it mentally. 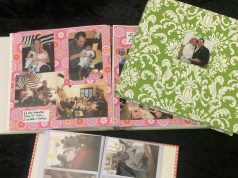 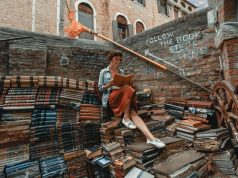 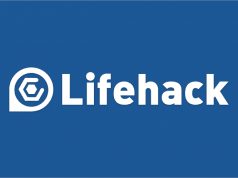