Practice makes perfect. It’s a cliché saying that gets pulled out time and time again. For many, they loath to hear it, but that saying has some truth to it. After all, this saying pops up the most when we are in the midst of motor learning.

While this saying is off, as perfection is impossible, the practice side of it is the only way for us to get closer to that level. And the only way a motor skill can get to that level is through motor learning. It’s through this concept where we can grow the various skills in our lives, but also to learn effectively by learning the right way.

What Is Motor Learning?

To present an example, it’s best to explain what the theory of motor learning is. For starters, it’s been described as such:

“A set of internal processes associated with practice or experience leading to relatively permanent changes in the capability for skilled behavior.”

Our brain responds to sensory information to either practice or experience a certain skill that allows for growth of a motor task or the ability to produce a new motor skill. This happens because our central nervous system changes to allow this to happen in the first place.To see this at work, consider one of the first skills we learned as a human being: walking. While some think toddlers get up and start trying to walk, there are many complex processes at work.

The reason people started to learn to walk was because of motor learning.

At the base stage, we started to walk because months before even trying to take our first steps, we saw how important it was. We witnessed several people walking and understood how helpful it is to walk on two feet.

The 3 Stages of Motor Learning

There is more to motor learning than you might think. Over the years, the learning community has uncovered that there are three stages of motor learning:

Each stage has its own requirements for further development and what each stage brings to the learning experience.

This base stage is where a lot of learning and context happens. At this stage, we’re not overly concerned about how to actually do the skill properly. Instead, we’re more concerned about why we should bother learning the skill.

Once we’ve got a grasp of that, this stage also starts the trial and error process. You can call it practice, but at this stage, the idea is to at least try it out rather than nail it.

This is also the stage where we are heavily reliant on guidance. We can have a coach or a teacher there, and their role is to provide a good learning environment. This means removing distractions and using visuals, as well as encouraging those trials and errors to guide the learning process.

One example of this goes back to the walking example, but other instances are things like driving a car or riding a bike. Even when we are older, you can see this form of learning working.

The second stage is where we’ve got some practice under our belt, and we have a good grasp of general concepts. We know what to do in order to perform this particular skill. The only problem is that we might not be able to do that skill all that well when compared to others.

Indeed, we know what to do, but not “how to do it well.” It’s at this stage where the saying “Practice makes perfect” rings true. The more that we practice, the more we can refine and tighten the loose ends of that skill.

An example of this motor learning at work is seen in sports. Generally speaking, people can perform better the more that they practice. That’s because the more we practice something, the more we understand what input does to our bodies as well as where our current limits lie.

At this stage, everything is more or less automatic and will stick in the long term. We can still improve, but you don’t need to tell yourself to go and do a certain task or assignment constantly. Your body has become adjusted to the idea of doing this.

An example of this learning is the skills that you use at work. When you get to work, you need very little persuasion to actually do your work. Whether that’s writing, lifting, operating a machine, or performing, there are a set of skills that we don’t think about and merely do.

The Principles of Motor Learning

The principles of motor learning are few and far between. Generally speaking, there is a consensus that the key to production of a new motor skill isn’t so much on the amount of time spent practicing, but the way that we practice.

This idea was brought up in a 2016 study published on Science Alert, where scientists uncovered that making changes in your training can enhance your learning experience.

With this in mind, the core principles focus on the methodology of learning. Not only that, but ensuring they follow through the stages that I mentioned above, which are simple in concept.

The core principle of this learning is to reinforce a skill so much that our execution of that skill is nothing but mindless consistency.

The study that I brought up is a new addition to that principle, as we now know that making alterations during our practice can cause new aspects of learning to grow and enrich our learning and mastery of a skill.

How to Use Motor Learning Theory For Effective Learning

The theory as we know it is to practice movement patterns until they become second nature and to experiment and make small changes in order to improve performance of a skill.

How does all of that help with us being better at something? That study found something called memory reconsolidation. One of the senior study author’s, Pablo A. Celnik, M.D. stated that:

“What we found is if you practice a slightly modified version of a task you want to master, you actually learn more and faster than if you just keep practicing the exact same thing multiple times in a row.”

Celnik also stressed why this is such a big deal:

“Our results are important because little was known before about how reconsolidation works in relation to motor skill development. This shows how simple manipulations during training can lead to more rapid and larger motor skill gains because of reconsolidation.”

In other words, by using memory reconsolidation, we can learn faster and ultimately gain the ability to perform a skill faster than by practicing something for several hours without making changes.

Why does this variation enhance practice? Because the act of recalling our memories isn’t a passive process.

Whether you are learning a new skill or recalling an event, the sheer act of recalling changes the memory itself. In essence, our memories become highly unreliable as we focus and subtly alter those memories in light of recent events.

This is because our brain is more interested in the most useful version of the world and disregards useless details.

In order to incorporate motor learning into your life, it’s a matter of mixing up your practice session slightly. Whatever skill it is you are trying to do, urge yourself to make subtle changes to how you perform.

If you’re writing, try applying a new word you never used previously that you picked up.

Are you practicing an instrument or playing a sport? Try to use a different muscle or a new movement to achieve the same sound. This can be something as simple as posture or body position.

The idea with motor learning is to keep practicing, even if you are at the stage where your movements are automatic. This variation can very well bring you to the next level of that skill. 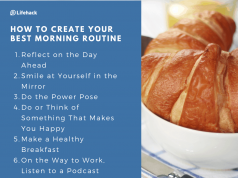 How to Work Hard the Smart Way: 4 Daily Rituals to Follow… 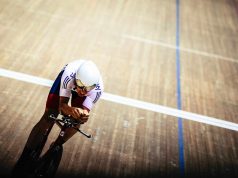 How to Be Determined and Achieve Your Goals… 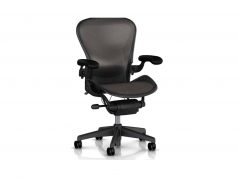 How to Work Hard the Smart Way: 4 Daily Rituals to Follow…

How to Be Determined and Achieve Your Goals…

How to Work Hard the Smart Way: 4 Daily Rituals to...