Vitamin B12 supplements are packing the shelves lately. Whether in the form of chewable gummies or capsules, you have likely seen them in your local grocery store or pharmacy aisles. Now it is time to ask, what’s all the hype around this essential nutrient?

In this article, I’ll give you a quick overview of what exactly Vitamin B12 is as well as reviewing some of the health benefits of this nutrient.

What Is Vitamin B12?

Vitamin B12 is also known as Cobalamin. According to Mayo Clinic, it is used in the formation of red blood cells, nerve function, and the creation of DNA. Mayo Clinic notes that it is pretty rare to have a deficiency of Vitamin B12 as your body can store it for several years. However, if you follow a diet low in meat products, such as a vegan or vegetarian diet, you may be at a higher risk for deficiency. Additionally, older adults are more likely to be deficient in Vitamin B12.

According to the United Kingdom’s National Health Service (NHS), symptoms of Vitamin B12 deficiency include fatigue, muscle weakness, mood disturbances (such as depression or confusion), and memory problems. Therefore, it is important to ensure that you are getting enough Vitamin B12 in your diet.

The Main Sources of B12

According to Mayo Clinic, the best sources of Vitamin B12 are animal products, such as poultry, meat, fish, and dairy products. Some foods have Vitamin B12 added to them during processing as well. Fortified breakfast cereals or some commercial yeasts are two examples of this phenomenon.

Given the fact that Vitamin B12 comes mostly from animal sources, those who follow a strict vegetarian or vegan diet may have difficulty meeting their requirements of this nutrient. In these cases, Vitamin B12 can be supplemented. Two common ways that B12 is supplemented outside of the diet are by using an oral supplement or injection.

7 Health Benefits of Vitamin B12

Here are seven science-backed health benefits of vitamin b12.

According to Mayo Clinic, anemia is a condition where your body does not have enough healthy red blood cells. This means that the blood cannot properly transport oxygen to all parts of your body, which can lead to symptoms such as fatigue, cold hands and feet, shortness of breath, or muscle weakness.

Given its role in red blood cell formation, it makes sense that one of the benefits of Vitamin B12 would be the prevention of anemia. When you are deficient in Vitamin B12, your body’s red blood cells become too large and take an irregular shape. This makes them unable to move properly throughout your body, causing a specific type of anemia termed “megaloblastic anemia.”

2. May Reduce the Risk of Osteoporosis

Given the fact that Vitamin B12 is so important in DNA function, it makes sense that it would also be a key component of bone formation.

One study published in the Journal of Bone and Mineral Research found that individuals with higher Vitamin B12 levels also had higher bone mineral density. Lower bone mineral densities are indicators of osteoporosis. This study showed that individuals who do not have sufficient Vitamin B12 stores may be at risk for osteoporosis.

According to the National Institutes of Health (NIH), Vitamin B12 (along with other B vitamins such as folic acid and Vitamin B6) can lower your homocysteine levels. However, it’s important to note that the NIH reports that taking B12 supplements does not reduce the risk of getting cardiovascular disease.

If you’re looking for a supplement to specifically improve heart health, it may be beneficial to look into an Omega-3 fatty acid supplement instead.

4. May Reduce the Risk of Birth Defects

5. May Reduce Your Risk of Depression

According to the World Health Organization, depression is extremely common and affects more than 264 million individuals worldwide. This mental health disease can affect individuals of all ages.

Another study conducted supports these results in a population of elderly individuals. The Rotterdam Study showed that elderly subjects who were deficient in Vitamin B12 were more likely to have depression.

6. May Improve Your Cognition

A study published in the American Academy of Neurology journal showed that a concentration of B12 markers in the body was associated with cognitive function and brain volume. The study found that if these markers showed a deficiency in Vitamin B12, total brain volume may be reduced, leading to impaired cognition.

Another study found that individuals with lower Vitamin B12 concentrations had poorer memory performance and poorer learning ability. These findings demonstrate the importance of having adequate Vitamin B12 stores for cognitive function.

One of the most popular reasons for taking Vitamin B-12 is its promised effects on hair, skin, and nails. According to the American Journal of Clinical Dermatology, deficiency of Vitamin B12 can commonly lead to hyperpigmentation, hair changes, skin changes, and glossitis (inflammation of the tongue). Getting in a sufficient amount of Vitamin B12, either through diet or supplementation, will prevent these negative reactions from occurring.

How Much Vitamin B12 Do You Need?

Vitamin B12, or Cobalamin, plays an important role in red blood cell formation, nerve function, and DNA synthesis. As I’ve discussed here, getting enough Vitamin B12, either through diet or supplementation, may improve cognition, reduce your risk of osteoporosis, and reduce your risk of developing depression or reduce depressive symptoms.

While it’s always preferable to get vitamins through diet, Vitamin B12 supplements are generally considered to be safe, especially for those whose diets are low in animal products such as meat, dairy, and fish.

If you’re worried about your Vitamin B12 levels, we recommend speaking with your doctor to determine whether your levels are actually low and if supplementation is right for you.

More About the Vitamins for Energy 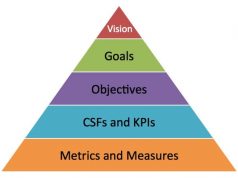 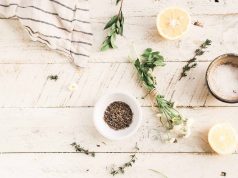 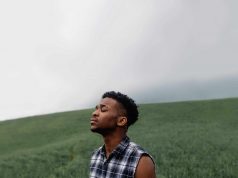 How to Face Emotional Triggers: A 5-Step Process…