Economies are cyclical, there’s just no getting around this fact. And while these last several years have seen an abundance of economic growth, we should all remember the wisdom found on King Solomon’s ring that said,

“This too shall pass.”

In fact, for those who joined the workforce only in the last decade, they have never experienced an economic downturn or recession. The last one started in 2007 and lasted until 2009. So, it’s safe to assume that for a significant number of employees and managers, the next economic downturn will be their first time dealing with the stressors of mandatory layoffs, budget cuts and reorganization.

Motivating teams is never easy; even in good times, motivation can be difficult to maintain. Just checkout amazon’s collection of books on how to motivate employees, you’ll find thousands on the subject.

But, now add in difficult times for the business, industry or economy and you’ve got a whole new set of problems. Whereas before your employees felt reasonably secure that if they performed well, they could count on having a job tomorrow. Now they can’t, and this lack of security is an added layer of stress that will affect morale and performance.

And while it may be tempting to take the attitude that they should just be grateful just to have a job in these times, that would be a mistake. Fear is actually a demotivating factor. Sure, everyone wants to keep their job, especially in tough times, but uncertainty and fear are distractions that damage effectiveness and hurt productivity.

As a leader, maintaining team motivation during difficult times can be challenging. Issues that might have been a minor annoyance in good times can become magnified into problems that affect the motivation and productivity of your entire team.

Here’re 7 factors that demotivate employees and 7 ways to tackle them:

We touched on this earlier, uncertainty and fear go hand in hand. Fear is a perfectly natural, and most of the time good human emotion. It is designed to keep us safe in the face of dangerous situations. Fear only becomes a problem when it prevents us from making beneficial decisions.

We can imagine our ancestors confronting a sabre tooth tiger and becoming so paralyzed by fear that they get eaten. In today’s world, you are much more likely to becoming paralyzed by internal fears than external ones like the tiger, but it is no less debilitating.

These internal fears start out as legitimate concerns. Times are tough, others are being laid off or fired, you could be next. But, as often happens with fears, they grow and become exaggerated in the mind. This is when fear can disrupt team motivation and impact productivity.

From a leader’s standpoint, you need to understand that most of your employee’s exaggerated fears come from an inaccurate assessment of the conditions. From their point of view, the decisions on who gets let go can seem arbitrary and inexplicable. It’s the seemingly randomness of these decisions that fuels the anxiety and fear of I could be next.

So, as a manager, it’s very important that you are constantly communicating with your team on the status of the company and their place within it. Even if that means letting them know that they are being considered for the next round of layoffs.

Letting your employees know exactly where they stand, even if it’s not good, is better for motivation than the uncertainty of not knowing. It can also be a great way to motivate your team into action. Especially if you can give them concrete goals to achieve that will help their prospects of staying employed.

During good times, employees may be happy to just sit back and do their jobs with little thought of how they are impacting the company as a whole. During difficult times, when you are asking your employees to do more with less, it’s important that they understand how each member contributes to the success of the team.

As a leader, it’s your job to set clear, obtainable goals for the group as well as the individuals within that group. This is especially important during difficult times, as often the priorities of an organization will change.

During tough economic times, new business ventures and expansions are often cut back or eliminated in order to focus on the “core” business. When this happens, you may need to switch your teams focus entirely to save your and everyone else’s jobs.

But here again, communication with your team members is key. Keep them apprised of any changes to the goals and how it affects their individual roles within the team.

As a leader, you can actually increase your team’s motivation if everyone has a clear understanding of the goals and their role in achieving those goals.

It may seem logical that when times get tough, you should take more control or supervise your teams more closely. After all, the pressure is on to turn out good results.

But study after study show us that a lack of autonomy kills both individual and team motivation. In fact, giving your team more autonomy is one of the best ways to improve motivation and results.

Go against your instincts to control. Micromanaging it guaranteed to reduce team motivation.

Now, with that being said, granting your team or employees autonomy does NOT mean that they can do whatever they want.

As a leader, you need to set the basic framework or conditions that they need to work under. Things like timeframe, budget constraints and the functionality of the final product should all be known conditions for your team. But once those conditions are set, let your team decide how to attack the problem. This allows for creativity to flourish and provides a sense of pride and ownership over the finished product that is highly motivating.

Humans are creatures of habit, we get used to a routine and stick with it even if what we’re doing isn’t helpful. Having a routine provides a sense of comfort and security critical to our mental health. This is why psychologist note that all change produces stress.

Even good changes can be highly stressful, think getting married, divorced, having kids or getting promoted. There’s no way around it, change is disruptive and stressful.

Now, put yourself in a position where your industry is in a downturn and things need to change in order to survive. For the industry veteran, the old ways of doing things are now obsolete and an entire new skill set must be learned. For the new employee, the job they do may look nothing like the job they were hired for.

In short, the old comfortable routines have been interrupted and keeping up team motivation on these shifting sands is difficult.

Be alert and watch for signs. Change is tough for everyone, but some people are more resilient than others.

If you notice one of your employees having an especially hard time, it’s important to address the situation. Often, there are challenges in the person’s personal life that are adding to the stress they feel. In those cases, temporarily reducing their workload or giving them an extra afternoon off can help reduce stress and increase motivation.

For everyone else, a good rule of thumb is “The more information you can share, the better”. Nothing zaps motivation and fuels insecurity more than a lack of knowledge.

Ambiguity is a motivation killer. In order for any team to function well, each member must have a clear understanding of the ultimate or long-term goal of the team. From there, each team member is assigned tasks that contribute to the completion of that goal. In turn, each member can break down their task into individual steps or short-term goals that, when completed get added to the whole.

But what happens when we change the original long-term goal? Even if everyone understands and accepts the new goal, they need to have a clear understanding of their new role in achieving it. It would be similar to starting a new job without any training or guidance from a superior.

Anytime a mission or goal is changed, it is important for a leader to assign each member of the team a clear role within the group. This should include responsibilities as well as expectations for their assigned tasks.

Depending on the individual, you may also need to help them breakdown their tasks into short term goals on a timeline. As long as your team understands their new goal and the members have a clear understanding of their individual responsibilities in achieving the goal, there should be no problem with ambiguity.

During difficult times, asking our workforce to do more with less just comes with the territory. But the consequence of this can be burnout. According to the World Health Organization, work related burnout is defined as:

Burn-out is a syndrome conceptualized as resulting from chronic workplace stress that has not been successfully managed. It is characterized by three dimensions: 1) feelings of energy depletion or exhaustion; 2) increased mental distance from one’s job, or feelings of negativism or cynicism related to one’s job; and 3) reduced professional efficacy. Burn-out refers specifically to phenomena in the occupational context and should not be applied to describe experiences in other areas of life.

Over time, burnout will zap your team’s motivation, morale and productivity. The symptoms of burnout include:

Leaders need to be aware of these symptoms and take corrective action as soon as possible. Some things you can do to help with burnout include:

During difficult times, upper management will often tighten the reins on employees. And while they see it as a way to control costs and focus on core issues, it can be disheartening to the average employee.

Whereas management used to be open to ideas and suggestions from those in the “trenches” now, more and more decisions are being made unilaterally from the top. This stifles creativity and turns the employees into “cogs in a machine”.

Communicate the changing parameters and scope of work coming from management as soon as possible. Then, give them as much decision-making authority as you can.

They may not be happy that their budget got cut by 20%, but if they have a say in how that money is allocated it’s a much easier pill to swallow.

Motivation is a tricky thing, what motivates one person may not motivate another. But, as a manager or leader, it’s your job to manage your teams in a way that produces the best result possible.

During difficult times, whether they are caused by the broader economy or management missteps, being able to motivate your team is critical for survival.

We’ve talked about the challenges of team motivation during difficult times and some of the ways you can handle it. But, when you boil it all down it can be summed up in one word, communication.

Having open communication with your team clarifies their job descriptions and role within the company. It reduces the fear and anxiety associated with the inevitable changes that occur during these times. And finally, it allows your team to have a clear understanding of the issues facing the company and the plan to overcome them. 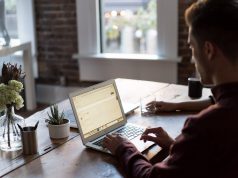 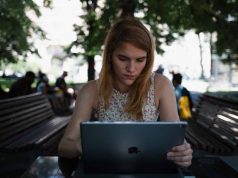 How to Stay Focused and Not Get Distracted… 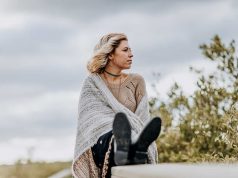