How rich is Barbara Corcoran? 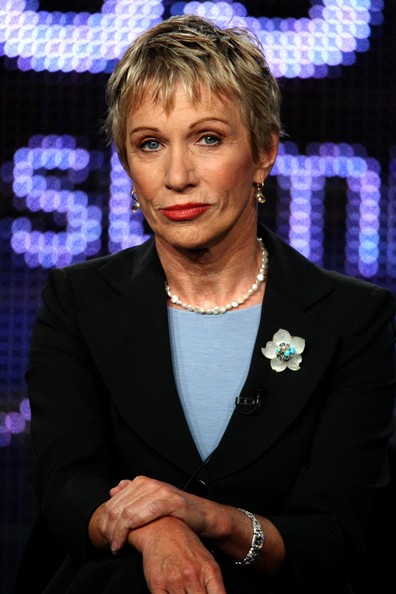 American businesswoman, investor, author, actress and TV personality Barbara Corcoran was born on 10 March 1949, in Edgewater, New Jersey, and is best known nowadays to many TV viewers thanks to her appearance in the reality TV show aired on ABC called “Shark Tank”.

So just how rich is Barbara Corcoran, as of early 2017? Authoritative sources have estimated that Barbara’s net worth is now over $90 million, accumulated from her multi-faceted career which began in the early 1970s. Also Barbara Corcoran is known as the co-founder of The Corcoran Group, and is a columnist for various newspapers.

After attending school, Barbara graduated from the well-known St. Thomas Aquinas College in New York State in 1971, and then for one year Corcoran taught in school. However, she really wanted to work for herself, and after testing herself with different types of work while living in New York, in 1973 she was one of the co-founders of The Corcoran Group together with her boyfriend at the time, concentrating on selling and leasing real estate. Within a couple of years, Barbara’s net worth increased considerably after the publication of The Corcoran Report, a detailed and statistical review of the real estate business in New York City. Subsequently Barbara sold her successful business in 2001 for a reputed 66 million dollars.

Meantime she had become – and continues to be – a commentator on the real estate business, including writing a syndicated column for many publications, including More Magazine, Redbook and The Daily Review, as well as contributing to such TV shows as “Larry King Today” and NBC’s “Today”,  she still writes for the “New York Daily News”.

Barbara’s association with the TV show “Shark Tank” since its premier in 2009, is not only as one of the main starring judges, but as an investor – contestants present their ideas hoping for financial support from the judges. Additionally, Barbara is also a host of “The Millionaire Broker with Barbara Corcoran” which is aired on CNBC.

Talking about her personal life, Barbara nowadays resides in New York with her second husband Bill Higgins; they have a son and daughter, and an adopted daughter too.

Looks like we don’t have Barbara Corcoran awards information. Sorry!

Looks like we don’t have Barbara Corcoran salary information. Sorry!

Looks like we don’t have Barbara Corcoran quotes information. Sorry!

Looks like we don’t have Barbara Corcoran trademarks information. Sorry!