Dafne Keen Net Worth is 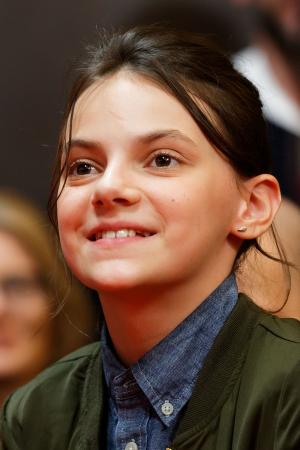 Born Dafne Keen Fernández in 2005 in Spain, and is an award-winning child actress, best known to the world as mutant Laura Kinney / X-23 in the film “Logan”, among other several successful roles she has secured so far in her youthful career.

Have you ever wondered how rich Dafne Keen is, as of early 2018? According to authoritative sources, it has been estimated that Keen’s net worth is as high as $300,000, an amount earned through her successful career in the world of entertainment, active only from 2014.

The only child of British actor Will Keen and Spanish director, actress, and writer Maria María Fernández Ache, who have been married since 2002, Dafne is also the great-granddaughter of peer Edward Curzon, 6th Earl Howe, and is also a first cousin, once removed, of English actor Jake Weber. It was probably only a matter of time before Dafne would follow her parents into show business, and so in 2014 she made her acting debut at the age of nine, as Ana in the TV thriller series “The Refugees” (2014-2015), appearing next to her father. Unfortunately the series was short-lived, and Dafne was left without an acting engagement, but perhaps time to grow-up ‘normally’ and concentrate on her education. However, her net worth had been established
Eventually Dafne’s breakthrough came in 2017, with the role of Laura in the sci-fi action drama film “Logan”, starring next to Hugh Jackman and Patrick Stewart, which not only increased her net worth and made her name known in the acting scene, but also won her a number of nominations and awards, including the MTV Movie + TV Award in category Best Duo with her co-star Hugh Jackman. Most recently, Dafne started working on the film “Ana”, in which she has the titular role. The film is scheduled for release late in 2018.

When it comes to her personal life, being rather young, Dafne is focused on her budding career and education as well, while every bit of her free time she spends with her family and friends.