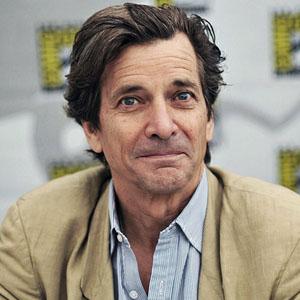 Dirk Benedict was born Dirk Niewoehner on the 1st March 1945, in Helena, Montana USA, and is a movie, television, and stage actor, best known for his roles as Lieutenant Starbuck in “Battlestar Galactica (1978-1979) and Lieutenant Templeton “Faceman” Peck in series “The A-Team” (1984-1987). Benedict’s career started in 1972.

Have you ever wondered how rich Dirk Benedict is, as of late 2016? According to authoritative sources, it has been estimated that Benedict’s net worth is as high as $1.5 million, an amount earned through his successful acting career, In addition to appearing on television, Benedict has also appeared in many movies, which also improved his wealth.

Dirk Benedict is a son of George Edward Niewoehner, a lawyer, and Priscilla Mella, an accountant. Dirk grew up in Montana and went to the Whitman College, Washington, from where he graduated in 1967 with a Bachelors degree in theatre. Before pursuing his acting career, Benedict briefly worked as a gravedigger. Benedict started using his stage name – allegedly adopted from ‘eggs benedict’ – during his early work in theatre and five years after graduation he made his movie debut in a romantic drama called “Georgia, Georgia” (1972).
He appeared in an episode of “Hawaii Five-O” (1972) and starred in the horror movie “Sssssss” (1973) before playing Officer Gil Foley in 13 episodes of “Chopper One” (1974). Dirk continued with “W” (1974) starring Twiggy, had a lead role in “Cruise into Terror” (1978), and appeared in two episodes of “Charlie’s Angels” (1977-1978). In 1978, Benedict starred as Lieutenant Starbuck in both the movie and TV series “Battlestar Galactica”, and that role helped him to gain a lot of popularity and also earned him plenty of money to add to his net worth.

Regarding his personal life, Dirk Benedict was married to actress Toni Hudson from 1986 until their divorce in 1995 and has two sons with her. He learned that he has another son named John Talbert, born in 1968, but who had been given up for adoption. While filming “Georgia, Georgia” in 1972, Dirk started a macrobiotic diet that later saved his life when he was diagnosed with prostate cancer. He moved to a remote cottage and practiced the diet and eventually defeated the nasty disease.

Looks like we don’t have Dirk Niewoehner awards information. Sorry!

Looks like we don’t have Dirk Niewoehner salary information. Sorry!

Looks like we don’t have Dirk Niewoehner trademarks information. Sorry!