Turmeric has been hailed as a superfood, and it’s all thanks to its powerful active ingredient—curcumin. Curcumin is what gives turmeric its yellow color, as well as the anti-inflammatory and antioxidant effects and health benefits of turmeric.

Numerous scientific studies have shown curcumin to have potent anti-inflammatory properties, which are similar to pharmaceutical drugs, such as hydrocortisone but without the harmful side-effects.

Turmeric has even been shown to treat arthritis, metabolic syndrome, pain, and even degenerative eye conditions.

Here’s a breakdown of the many health benefits of turmeric.

One of the most powerful health benefits of turmeric comes from its ability to reduce inflammation in the body. It works by scavenging different forms of free radicals, including both reactive oxygen and nitrogen species.

Curcumin also helps to modulate the activity of your body’s detoxifying enzymes. This plays a major role in reducing inflammation because inflammatory cells “free up” many reactive species at the site of inflammation. This process leads to oxidative stress and, consequently, inflammation.

Curcumin can also increase your body’s levels of antioxidants, as shown by a recent systematic review of taking turmeric supplements that contained purified curcuminoids. It was concluded that curcumin has a powerful effect on all levels of oxidative stress in the body.

Because inflammation is one of the hallmarks of chronic disease, turmeric has important benefits for many people suffering from painful or inflammatory health conditions, such as inflammatory bowel disease, Alzheimer’s disease, and cancer.

Turmeric may be a helpful treatment for fungal or bacterial infections in the body. Studies have shown that curcumin was able to completely inhibit the growth of Candida albicans, as well as several other fungal strains.

Curcumin has even been shown to prevent Candida from adhering to human cells more effectively than the commercial antifungal drug fluconazole.

In one study, researchers found that using ascorbic acid alongside curcumin potentiated its antifungal effects by up to 10 times. This suggests that taking vitamin C supplements with curcumin may help kill off fungal infections much more quickly.

Turmeric is even being used as a food-safe antibacterial agent thanks to its ability to invade the cell of a bacterial species and eliminate it from within. Applying turmeric formulas to food preparation surfaces such as chopping boards, knives, and countertops has been found to kill harmful bacteria.

Turmeric’s anti-inflammatory properties may be able to relieve the pain of inflammatory conditions, such as osteoarthritis and rheumatoid arthritis.

Curcumin works by inhibiting NF-KB, a molecule that controls your body’s production of inflammatory proteins called cytokines. This essentially means that curcumin can “turn off” a bunch of inflammatory molecules.

In fact, the corticosteroids that are often prescribed to treat arthritis symptoms work by inhibiting NF-KB. New research shows that turmeric supplements can have a similar effect. Similar research shows that curcumin may also target specific inflammatory cells and block some types of enzymes that cause inflammation.

Studies involving people with osteoarthritis of the knee found that taking a curcuminoid supplement every day for six weeks resulted in significant reductions in pain. The participants’ physical function also improved greatly. Their systemic oxidative stress was also shown to improve.

The researchers suggested that this was due to Curcuminoids providing potent local anti-inflammatory effects. It appears that taking standardized turmeric extract over several weeks could be enough to reduce arthritis symptoms of pain and inflammation and may even provide similar relief to ibuprofen and diclofenac sodium.

Curcumin has been shown to help treat the issues associated with metabolic syndrome, including insulin sensitivity, fat accumulation, high blood pressure, inflammation, and oxidative stress. The curcuminoids in turmeric extract have also been found to help reduce triglycerides and bad cholesterol while boosting levels of good cholesterol.

Researchers tested the effects of turmeric by giving a group of patients with metabolic syndrome 1g of turmeric extract (with piperine to aid absorption) for 8 weeks. The patients experienced significant improvement, including reduced overall LDL cholesterol and higher HDL cholesterol. They also showed positive changes in serum lipids and glucose levels, as well as reduced inflammation.

The authors concluded that turmeric was a natural, safe, and effective treatment for improving the health of those with metabolic syndrome, mainly by reducing inflammation and oxidative stress, making this one of the most impressive health benefits of turmeric.

Several studies have now indicated that curcumin may be highly beneficial to endothelial function. Some evidence suggests that curcumin supplements may provide similar benefits to the drug Atovastin, while other studies show it may be as effective as exercise. Curcumin also appears to reduce both inflammation and oxidation, which are major drivers of heart disease and dysfunction.

A study involving people undergoing coronary artery bypass surgery found that taking curcumin before and after surgery lowered the risk of experiencing another heart attack by 65%.

6. May Slow the Effects of Aging

Although there is no possible way to stop the body aging, it may be possible to slow down its negative effects. Turmeric’s antioxidant properties may be an important means of reducing the lifelong accumulation of molecular damage and oxidation.

As a powerful antioxidant and anti-inflammatory, curcumin may be able to slow down aging. It boosts the level of antioxidant enzymes in your body while also scavenging free radicals that cause oxidative stress.

It also helps prevent these free radicals from causing lipid peroxidation—the oxidation of fats in the cell membrane, which leads to death of the cell.

How to Take Turmeric

Here are ways you can take this helpful spice to maximize the health benefits of turmeric.

Whisk to combine all ingredients thoroughly, then place over medium heat. Heat until hot to the touch but not boiling, while stirring continually. This should take about four minutes.

Turn off heat and taste. Adjust flavor if necessary with more turmeric or ginger for greater intensity, or more sweetener.

Serve immediately. This recipe should make enough for two glasses. You can store leftovers in the refrigerator for 2-3 days and reheat on the stovetop.

Turmeric is often added to curry powders for flavor, color, and the many health benefits of turmeric. Here are some examples of tasty recipes that include turmeric:

Add turmeric, ginger, lemon juice, and leftover lemon rind, chosen sweetener, black pepper, and filtered water to a small saucepan. Bring to a simmer (don’t boil!) over medium to medium-high heat for about 3 minutes. Turn off heat and pour the tonic through a small strainer into two mugs.

If the tonic is too strong, dilute with more hot or warm water. It can be stored in the refrigerator for up to 2-3 days. Reheat on the stovetop until just warm.

If you wish to take turmeric as a supplement, look for a quality product that includes BioPerine. Bioperine is a compound from black pepper that maximizes the bioavailability of curcumin.

It’s also important to choose a supplement that’s standardized to 95% curcuminoids. This means that it will provide a highly concentrated dose of curcuminoids. Watch out for turmeric supplements that claim to be turmeric extract but only contain a tiny amount of it or you won’t receive all of the health benefits of turmeric.

There are numerous health benefits of turmeric, and anyone who wants a healthy diet should consider including it in their meal plan. I hope this article helped you know more about the benefits of turmeric and convince you to try it out, along with the various ways you can take it for a healthier body. 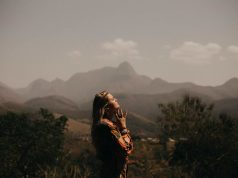 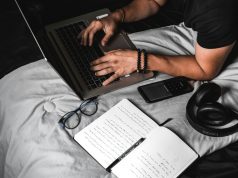 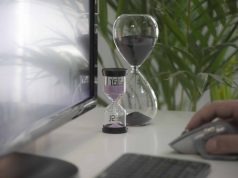 The Flowtime Technique: A Pomodoro Alternative…