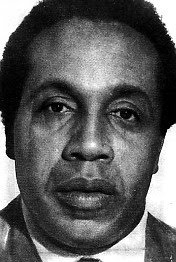 Frank Lucas is a famous former drug dealer, known for cutting out middlemen and buying drugs directly from the source. It is not a surprise that Frank has been sentenced many times and has spent quite a lot of time in prison. Because of his interesting and dangerous lifestyle, a movie was created about him.

So how rich is Frank Lucas? It is estimated that Frank’s net worth is $1.5 million. Lucas’ wealth allowed him to buy many things, including different apartments, buildings and other property.

Frank Lucas was born in 1930, in North Carolina. Frank says that the incident when his 12 year old cousin was murdered just because he looked at a woman influenced him to become a criminal. Soon he started committing minor crimes and became friends with Bumpy Johnson, a gangster, who he worked with and even lived with his family. When Johnson died, Frank became a drug dealer. Frank shipped drugs by putting them into furniture. As the shipping of the drugs was successful, Frank’s net worth began growing very quickly. According to him, he earned about $1 million per day. As Lucas did not trust everyone, his friends and family were also involved in this business. Drugs that he shipped were called “Blue Magic”.

As said before, Frank has spent quite a lot of time in prison. In 1976 he was sentenced to 70 years, but was released after five years. In 1984 he was sentenced again and was released in 1991. In 2007 the movie called “American Gangsters” was made, with Frank portrayed by Denzel Washington. It was directed by Ridley Scott and other actors that appeared in this movie, were Russell Crowe, Chiwetel Ejiofor, Ted Levine, Armand Assante and others. The movie received a lot of acclaim and this also made Frank Lucas’ net worth grow. There was also quite a lot of criticism as many said that the story portrayed in the movie was far from what really happened and how everything was.

Talking about his personal life, Frank is married to Julianna Farrait, who was also sentenced because of helping her husband. The couple has seven children, all of whom have had to go through a lot of difficulties. One of Frank’s children has even created the webpage called “Yellow Brick Road”, which helps the children of parents who are in jail.

All in all, it could be said that Frank Lucas is one of the most famous drug dealers in history. Of course, he and his family had to overcome a lot of difficulties, but Frank knew what he was doing and he probably does not regret what he has done in his life. Frank knew that selling drugs was a very risky thing to do, but still chose to do this in order to gain a lot of money and live the life he wanted. For sure, it is not a good thing that he chose a life like this, as now he is remembered as a criminal.

Looks like we don’t have Frank Lucas awards information. Sorry!

Looks like we don’t have Frank Lucas salary information. Sorry!

Looks like we don’t have Frank Lucas quotes information. Sorry!

Looks like we don’t have Frank Lucas trademarks information. Sorry!

Looks like we don’t have Frank Lucas pictures. Sorry!