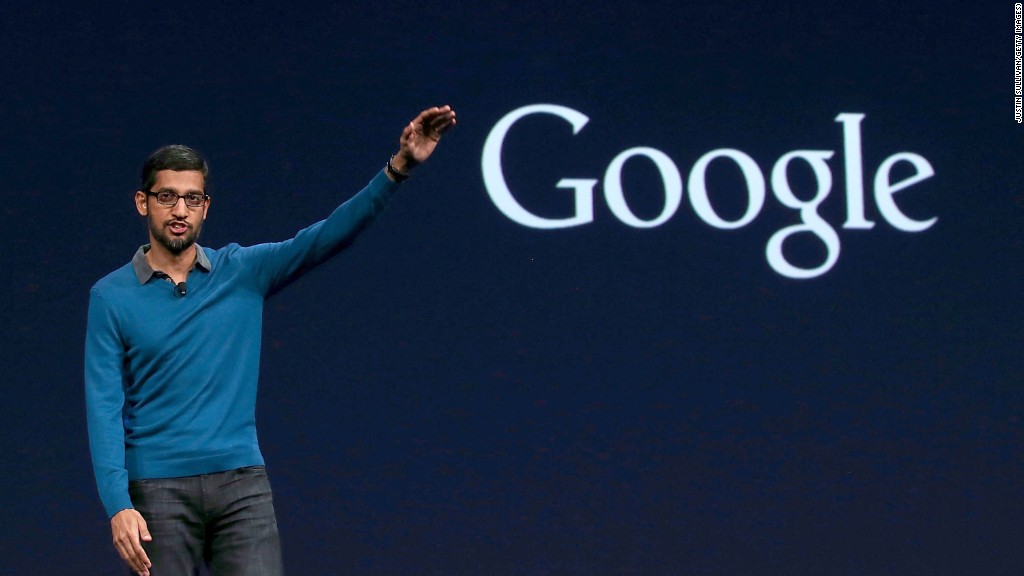 Apparently the C in Alphabet stands for crazy cash.

Google CEO Sundar Pichai received nearly $199.7 million in compensation last year, double the amount he made in 2015, according to a filing Friday from Google’s parent company, Alphabet (GOOGL, Tech30).

Pichai’s base pay was a mere $650,000. On top of that, he received a stock award for $198.7 million. The company’s compensation committee attributed the lavish pay to Pichai’s promotion to CEO and “numerous successful product launches.”

Pichai, a longtime Google executive, took over as CEO as part of a corporate restructuring in 2015. Larry Page, Google’s cofounder and previous CEO, shifted his focus to growing new businesses under the Alphabet umbrella.

Under Pichai, Google has boosted sales from its core advertising and YouTube business, while also investing in machine learning, hardware and cloud computing.

In 2016, Google unveiled new smartphones, a virtual reality headset, a router, and a voice controlled smart speaker similar to the Amazon Echo.

These efforts have started to pay off for the company.

Google’s “other revenues,” a category that includes hardware and cloud services, hit nearly $3.1 billion in the most recent quarter, a gain of about 50% from the same quarter a year earlier.

Alphabet’s stock has soared this year, pushing it above a $600 billion market cap this week for the first time.