Before President Trump declared a national emergency due to the novel coronavirus, all American sports teams were right on target. Once the national emergency was declared, members of the Athletic Commission all throughout the United States began to take action. The results were not what fans were hoping for either. If you are living in America during the COVID-19 pandemic, you were impacted one way or another. If you are a big sports fanatic, you were doubly impacted. Find out how the coronavirus pandemic impacted sports in America.

National Basketball Association (NBA) Suspends The Season
The NBA is made up of thirty professional teams. Twenty-nine of these teams are located within the United States, the other team is based in Canada. In March 2020, the organization announced that that it would suspend the season due to the corona virus. For the league, this was a major step because it meant no more games until next season. How did fans take the news? Most hardcore fans thought it was the right decision because it would mean the players would be better protected from the virus. Others took to Twitter, vilifying the league for taking such drastic action. Some believed that there was a better alternative that wouldn’t cut the season short.
If everything goes as planned, the NBA season will start back up on July 31 of this year. At least that is what fans are hoping for. Until then, fans will stick to watching some of the NBA classic games.
NFL
The NFL season is expected to begin soon but that likely isn’t going to happen. Unfortunately, the Coronavirus is spreading in the NFL and that will likely push back the start of the upcoming season. For instance, it was announced that a Buccaneers assistant coach had tested positive for COVID-19. This comes after staff linked to the Cowboys and Texas tested positive as well. As a result, NFL coaches are pausing the season. In the meantime, players and fans can stay busy at link Sbobet.

Coaches are concerned about the pandemic with one saying a positive test was scary. Another insisted that the season should be delayed. Fans will have to stay tuned to see what happens next.

The NHL was forced to abruptly cancel its season earlier this year due to the COVID-19 Pandemic. Since then, the organization has worked diligently to return to play. The NHL has come up with a plan to return and finish its playoffs. The playoffs would consist of 24 teams split between two hub cities. Teams will return to training camps on July 10 after the NHL and the Players’ Association reached an agreement to return. Earlier this week, Canadian Prime Minister Justin Trudeau announced that Toronto, Vancouver, and Edmonton would be eligible as hub cities.

The NHL is looking at cities across the United States and Canada so they can start playing again. Nevertheless, things aren’t going smoothly. On June 19, 2020, the Tampa Bay Lightning was forced to shut down its training camp after three players and two staff members tested positive. The other players were expected to be tested. If nobody else tests positive, play will continue. Otherwise, the NHL will have another decision to make. According to some sources, Phase Four of the plan will likely be a fully-locked down bubble environment.

This means that teams will be playing in hub cities and fans likely won’t be able to attend the games.

It will be held at the UFC Apex in Vegas as well. Starting with UFC 251 the organization will be hosting some cards in Abu Dhabi. The first card in the United Arab Emirates is scheduled to take place on July 11. Will the UFC will be able to pull it off? Or, will they have to cancel these events due to COVID scares? Only time will tell. 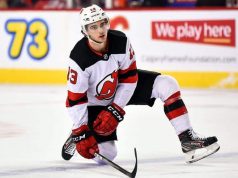 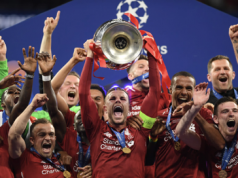