How rich is Thelma Louise Mandrell? 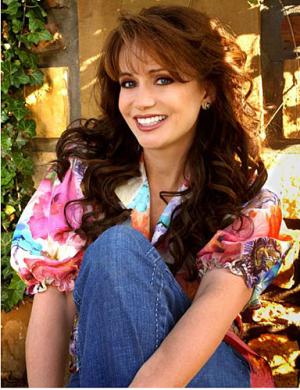 Thelma Louise Mandrell was born on 13 July 1954, in Corpus Christi, Texas USA, to Mary, a homemaker and musician, and Irby Mandrell, a police officer, musician and entertainer. She is a country music singer, best known as one of the three Mandrell sisters.

So just how rich is Louise Mandrell? According to sources, Mandrell has acquired a wealth of over $5 million, as of early 2017. The main source of her fortune has been her involvement in the entertainment industry, which began in the late-‘70s.

Hailing from a musical family, it was quite natural that Mandrell would pursue a music career at a young age, so after her older sister Barbara became an accomplished singer in the ’60s, she wasted no time and began learning to play several instruments. Eventually, she mastered the guitar, bass, drums, accordion, fiddle among others. Her younger sister, Irlene, also became an established musician and actress. The three sisters and their parents then founded the Mandrell Family Band, touring across the USA and Asia, and establishing their net worth.

During the ’70s, Mandrell joined Barbara’s new band, the Do-Rites, which began touring with the legendary Merle Haggard. She went on to back him up as a vocalist both on stage and in the studio, paving her way to recognition. Then in 1978 she signed with Epic Records, releasing her debut solo single “Put It On Me” and reaching the top 100 country music singles. Her next single, the 1979 version of “Everlasting Love”, achieved the same feat. Several more chart-climbing singles followed, such as her duets with her then husband, R.C. Bannon, “I Thought You’d Never Ask”, and the hit country version of the Peaches & Herb song “Reunited”. Mandrell started to enjoy a decent amount of popularity, and it all contributed to her net worth.

In 1980, she joined the cast of the NBC weekly variety program as “Barbara Mandrell and the Mandrell Sisters”, which offered an ideal showcase for her talent, portraying not just her singing skills but her instrumental and comedic ones too, making her a true sensation. Aside from boosting her popularity, the show significantly added to Mandrell’s wealth too. It ended in 1982.

In the meantime, she continued to record and tour, signing with RCA Records in 1981. She went on to enjoy a blossoming career in the next few years, finding herself in the hearts and minds of numerous fans around the world. By the end of the decade, she had released seven albums, with the singles “I’m Not Through Loving You Yet”, “Save Me”, “Maybe My Baby”, “Too Hot To Sleep” and “I’m Not Through Loving You Yet” all reaching the Top 10. Her success enabled her to reach stardom, intensifying her fortune sigificantly, and.it also brought her many television appearances, such as in the series “Crazy Like a Fox” and “The New Mike Hammer”.

In 1991 the “Barbara Mandrell and the Mandrell Sisters” show began re-airing on TNN. Although Mandrell didn’t record new albums in the ’90s, she did release a few songs and videos, and performed regularly. In 1997, she opened The Louise Mandrell Theater, in Pigeon Forge, Tennessee, which became a great attraction. There she performed in many projects for a large audience, and staged the most attended show in the city. She sold the theater in 2005, and has since performed at selected events, including expanding her resume by appearing in numerous TV shows. In addition, she has co-written the “Mandrell Family Album” with Ace Collins, with whom she later produced a series of children’s books.

In her personal life, Mandrell has been married four times. In 1971 she married Ronald Shaw, divorcing him in 1973. Her second marriage was to Gary Lamar Buck, lasting from 1975 to 1978. In 1979 she married R.C. Bannon, with whom she adopted one child; they divorced in 1991. She has been married to John Haywood since 1993.
Mandrell is involved in philanthropy, having supported charities like the United Way and the American Cancer Society, and has been a champion of Boy Scouts of America, raising more than $1 million for the program.