Mimi Spickler was born on the 27th January 1956, in Coral Gables, Florida, USA. As Mimi Rogers she is known as an actress, producer, and professional poker player, with over 100 appearances in TV shows and films. Some of her notable movies are “Gung Ho” (1986), “Someone to Watch Over Me” (1987), and “Desperate Hours” (1990). She has been an active member of the entertainment industry since 1981, and her various series and films have made her a millionaire.

Have you ever wondered how rich Mimi Rogers is, as of mid-2016? According to authoritative sources, Rogers’ estimated net worth is $5 million. Several blockbuster movies have helped her to increase her wealth, as well as TV shows, producing, and playing poker.

Miriam was born to Philip C. Spickler, a civil engineer, and Kathy Talent, a former drama, and dance major, and is of the Jewish-Episcopalian descent. Scientology was a big part of her growing up, because her father started practicing it when she was a young girl. Mimi’s family moved a lot, and lived in Virginia, Arizona, Michigan, and England, before settled in Los Angeles, California. Mimi matriculated from high school at the age of 14, and instead of going to college, she decided to get involved in Community Theater and writing.

She also worked in a hospital near Palo Alto, California, helping the patients, Vietnam vets, and drug addicts. Rogers also worked as a part-time social worker for six years. She started with acting in her early 20’s; after an unsuccessful audition for “Body Heat”, Mimi got her first television appearance in “Hill Street Blues” in 1981, in which she played alongside Charles Haid. A year later, Rogers appeared in “Magnum P.I.”, andin the early 80’s, she was a regular on television before being cast in the role in “Gung Ho” with Michael Keaton in 1986.

Her breakthrough role came in “Someone to Watch Over Me” in 1987, in whichshe played Claire Gregory, alongside Tom Berenger. Rogers’ first starring role was in “The Mighty Quinn”, with Denzel Washington and Robert Townsend in 1989. Mimi was a protagonist of “The Rapture” (1991), also starring David Duchovny. In 1993, Mimi Rogers posed nude for the cover of “Playboy” magazine, which certainly got her noticed, and added more money to her net worth.
The “Reflections on a Crime” in 1994 was her next notable movie, in which she starred alongside Billy Zane and John Terry. Soon after, Rogers also had a role in “Trees Lounge” (1996), written and directed by Steve Buscemi, and “The Mirror Has Two Faces” (1996) with Barbra Streisand and Lauren Bacall. Her next project was the beginning of the franchise “Austin Powers: International Man Of Mistery” with Mike Myers in 1997.

Rogers appeared in more than 30 different movies and TV shows afterwards, including “Lost in Space” (1998), “The X-Files” (1998-1999), “Dawson’s Creek” (2003), “Las Vegas” (2003), “The Door in the Floor” (2004) with Jeff Bridges and Kim Basinger, Ashton Kutcher’s mother in a popular TV series “Two and a Half Men” (2011-2014), and the mother of Elijah Wood in the final season of the series “Wilfred” (2014), among others, all of which have added to her net worth.
Most recently she has been a part of the cast of the TV series “Bosch” (2014-2016), and she will appear in the film “Public Affairs”, which is currently in pre-production.
Mimi Rogers’ acting skills won her a Golden Space Needle Award at the Seattle International Film Festival for Best Actress in “Reflections on a Crime” in 1994. She has also received numerous nominations including Independent Spirit Awards and daytime Emmy Awards.
Mimi Rogers has married three times. Her first husband was Jim Rogers(1974-80). Seven years later, she married Tom Cruise, but they divorced in 1990. In the same year, Rogers began living with Chris Ciaffa; the pair married in 2003 and has two children. She is a member of Mensa, and her hobbies are reading and playing tennis. 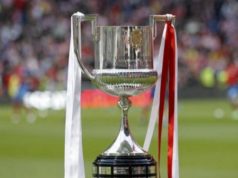