Pharrell Williams was born on 5 April 1973 in Virginia Beach, Virginia USA, into a family with some ancestral links to Liberia. He is an extremely popular singer, song writer, producer and also a fashion designer. His most successful singles are “Happy”, “Blurred Lines” (in collaboration with R. Thicke) and “Get Lucky” (in collaboration with Daft Punk).

So how rich is the famous Pharrell? Sources estimate his current net worth to have reached an absolutely impressive amount of $80 million. Most of his wealth has been accumulated by working as a producer, song writer and singer, his work in the fashion industry also contributed significantly.

Pharrell has been interested in music since a very early age. While still in middle school, he met Chad Hugo, who is now also a famous producer and Pharrell’s bandmate. In 1990 together with Mike Etheridge and Shay Haley, he formed a band called the Neptunes. They were noticed by the producer Teddy Riley during a talent show which led to them signing a contract just after graduating from high school. From this point, Pharrell’s career took off as a producer, not only a musician. The Neptunes became a production company in 1994, and by 2001they were beginning to gain recognition worldwide most of which was because of American singer/songwriter Kelis’ album “Kaleidoscope” which she produced by collaborating with the Neptunes in 1999. Their first number one worldwide was a single which they produced for Britney Spears entitled “I’m a Slave 4 U”.

Pharrell, together with Hayley Williams and Hugo formed an American rock, hip hop and funk band called “N.E.R.D” (No-one Ever Really Dies), which released their debut album “In Search of…” in 2001, then re-released it in 2002.

During his subsequent career, Pharrell has worked with many popular music performers including Daft Punk, Shakira, Gwen Stefani, Jennifer Lopez, Adam Lambert and others which has obviously contributed to his net worth. In 2004 Pharrell won his first Grammy award as “Producer of the Year”. In 2013 he produced some of his most successful singles which were “Get Lucky” and “Use Yourself to Dance” with Daft Punk, “Happy” (for an animated movie “Despicable Me”) and the critically received “Blurred Lines” with Robert Thicke.

Pharrell has many different interests, so it came as no surprise when in 2012 he created a record and creative multimedia label “I am OTHER” which included his record label, YouTube channel and apparel. Pharrell’s collaboration with famous clothing and fashion companies such as Nike and Louis Vuitton has also contributed to raising his net worth. Another thing that has contributed to his net worth was his appearance in the seventh season of the television show “The Voice” in which he was one of the coaches in 2014.

In his personal life, William Pharrell is married to the designer and model Helen Lasichanh. They are raising a son named Rocket Williams who was born in 2008. Pharrell is the creator and main funder of the charity “From One Hand To Another” which helps children and youth in problem areas of the United States. 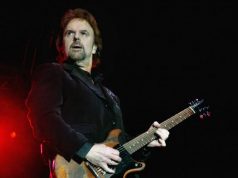