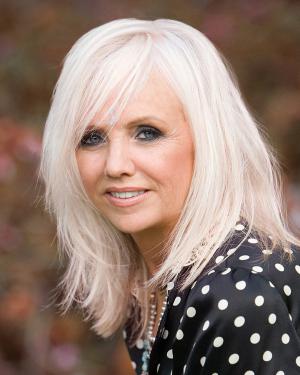 Rhonda Byrne was born on the 12th March 1951, in Melbourne, Victoria Australia, and is a television and film producer, probably best recognized all over the world for being not only the producer of the documentary film “The Secret”, but also for being the author of “The Secret” book series”, which consists of several books – “The Secret”, “The Power”, “The Magic”, and “The Hero”. Her career has been active since the mid- 2000s.

So, have you ever wondered how rich Rhonda Byrne is, as of late 2016? According to authoritative sources, it has been estimated that the total size of Rhonda’s net worth is over $60 million, which has been accumulated through her successful careers as a television producer, film producer, and author. Additional to these, she has appeared in a number of TV shows, including “The Oprah Winfrey Show”, which have also contributed to her net worth.

Rhonda Byrne spent her childhood in her hometown, Melbourne, but other information about her family life and education is unknown in the media.

Speaking about her career, at the beginning Rhonda worked as a radio and television producer until 2004, when she went through a very difficult emotional breakdown due to personal and professional reasons, so she turned to work on herself, devoting time to studying the “Law of Attraction”, which represents the secret of the whole humanity that could change a person’s life completely. Thus, she transferred her knowledge into the film, which came out in 2006, entitled “The Secret”, which has sold more than two million DVDs. As the film reached tremendous success, Rhonda decided to write the book with the same name, and it has been translated into 50 languages and has sold more than 20 million copies, adding a considerable amount to her net worth. In the same year, the book became the bestseller on New York Times list. Thanks to her accomplishments, in the following year, she was named as one of the 100 most influential people in “The TIME 100: The People Who Shape Our World”, by Time Magazine. Later, she appeared in Forbes’ “The Celebrity 100” list.

Subsequently, Rhonda released another book entitled “The Power” in 2010, which represents the sequel of “The Secret”. The book also became another New York Times bestseller, and it was also translated into more than 40 languages. Soon afterwards, her third book “The Magic” came out in 2012, and in the following year, the book “Hero” was released. Most recently, she wrote the book “How The Secret Changed My Life”, which has also increased her net worth by a large margin.

Speaking further of her career, Rhonda has been working as a producer for the TV series “Sensing Murder” since 2003, as well as for two other TV shows – “Marry Me”, and “World’s Greatest Commercials”. Her net worth is certainly rising.

When it comes to speak about her personal life, Rhonda Byrne has been married twice, and she is a single mother of two daughters. In addition to her popularity, she has official website www.rhondabyrne.com, as well as the official site of the film www.thesecret.tv, on which she is very active in her spare time.

Looks like we don’t have Rhonda Byrne awards information. Sorry!

Looks like we don’t have Rhonda Byrne salary information. Sorry!

Looks like we don’t have Rhonda Byrne quotes information. Sorry!

Looks like we don’t have Rhonda Byrne trademarks information. Sorry!

Looks like we don’t have Rhonda Byrne pictures. Sorry!