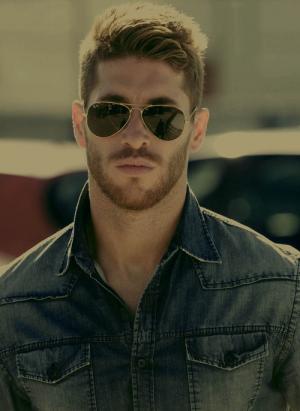 Sergio Ramos García was born on the 30th March 1986, in Camas, Seville, Andalusia Spain, and is recognized all over the world for being a professional soccer player, who currently plays in the position of central defender or a right back, and serves as the captain of Real Madrid, and of the Spain national football team. His professional career has been active since 2004.

So, have you ever wondered how rich Sergio Ramos is, as of late 2016? According to authoritative sources, it has been estimated that the total size of Sergio’s net worth is over $60 million; his current salary per year is over $25 million. The main source of his income is coming from his successful involvement in the sports industry.

Sergio Ramos was raised with two siblings in his hometown by his mother, Paqui, and his father, Jose María Ramos.

Speaking about his career, Sergio began to play football with the local team FC Sevilla’s youth academy, along with such players as Antonio Puerta, and Jesús Navas. Thanks to his skills, he soon made his La Liga debut in 2004, playing against Deportivo de La Coruña. In the 20004-2005 season, he played in 41 games for the team, which led him to qualify with the team for the UEFA Cup. Since then, his career has only gone upwards, as well as his net worth.

Subsequently, at the age of 19, Sergio signed a contract worth $27 million with Real Madrid, increasing his net worth by a large margin. In December 2005, he scored his first goal in the UEFA Champions League group stage loss at Olympiacos, but was primarily playing in the position of centre back, however, in the 2007-2008 season, he began playing as a right back. During his first four seasons, Sergio scored more than 20 goals. Thanks to his accomplishments, he was named to FIFA’s and UEFA’s Team of the Year in 2008, as well as finishing in 21st position in the European Player of the Year nomination for 2008.

At the beginning of the next season, Sergio was named as one of Real Madrid’s four captains, and he began to play very often in the position of center defender. In the season, he netted four goals in 33 games; subsequently he reached his 200th official game for the team against Villareal CF, and in 2011 his contract with Real Madrid was extended until 2017, In the 2014-2015 season, he led the team to win the UEFA Super Cup, after which the team also won the 2014 FIFA Club World Cup, and Sergio was named the player of the tournament.

In 2015, his career as a captain for Real Madrid began, and he signed a new five-year contract, which added a considerable amount to his net worth.

When it comes to speak about his personal life, Sergio Ramos has been married to his long-time girlfriend Pilar Rubio, a reporter, since 2012; the couple has a son. In his spare time, he is an active member across many of the most popular social media platforms, such as Twitter, Instagram and his official Facebook page. He is also a huge fan of bullfighting.

Looks like we don’t have Sergio Ramos awards information. Sorry!

Looks like we don’t have Sergio Ramos salary information. Sorry!

Looks like we don’t have Sergio Ramos quotes information. Sorry!

Looks like we don’t have Sergio Ramos trademarks information. Sorry!

Looks like we don’t have Sergio Ramos pictures. Sorry!