Whether you’re looking to catch some of the world’s most iconic races, get behind the wheel of a race car, take a thrilling ride in an off-road vehicle, or enjoy other motorsports attractions, you’ll want to put these high-octane destinations on your must-visit list.

The most famous and most glamorous car race on the planet, the Grand Prix, is held annually in the tiny principality of Monaco on the Circuit de Monaco in Monte Carlo in late May or early June. The narrow, winding streets are some of the tightest to race, with many elevation changes and even a tunnel, providing a challenge to even the world’s best drivers.

It was the site of the first year of the modern Formula 1 World Championship in 1950 and, until 2020 when it was canceled due to the COVID-19 pandemic, it was held every year since 1955. While the circuit has been changed a few times, it still has the same basic layout.

For those who are serious about their motorsports, there are few better places to live in the U.S. than Indianapolis, widely regarded as the Racing Capital of the World. This is the home of the Indianapolis Motor Speedway (IMS) which has the largest capacity of any sports-related venue, with a seating capacity of more than 257,000.

Combined with the infield, it raises the capacity to approximately 400,000. The IMS hosts the Indianapolis 500, the largest single-day sporting event in the world, drawing attendees from every continent across the globe, but those who purchase one of the Indianapolis houses for sale will have easy access without having to catch a flight or embark on a long road trip.

The venue hosts other racing events year-round and also includes an 18-hole golf course, the Indianapolis Hall of Fame Museum, a collection of race cars that includes NASCAR, Formula One, IndyCars, Spring, and more. There are a variety of tours and activities too, including the opportunity to travel more than 150 mph in an Indy car.

Daytona Beach is home to the most popular stock car racing event in the U.S., a must-visit for any racing enthusiast. Every year countless NASCAR fans arrive from all corners of the country to attend the 500-mile-long Dayton 500 NASCAR race at Daytona International Speedway.

During the two weeks that lead up to the race there are a series of preliminary events to enjoy and the city itself hosts many related attractions like Motorsports Hall of Fame of America and the NASCAR Racing Experience.

There’s no region on the planet that’s more associated with off-road racing than the Baja California peninsula. It hosts the legendary Baja 1000, one of the most famous motorsports events in North America, drawing visitors and racers from across the globe.

A signature event for nearly half a century, it challenges drivers with nearly a thousand miles of rugged desert terrain. Celebrity racing enthusiasts like Steve McQueen and Paul Newman were once among its many competitors, but today, just about anyone who has a valid driver’s license and the ability to drive a stick shift, can enjoy the thrills and the scenic beauty of an off-road experience in Baja.

Bring your own ATV or rent one in popular resort areas like Cabo San Lucas and Ensenada.

Abu Dhabi is home to the Yas Marina circuit and while it’s only been around for a little over a decade, it’s hosted multiple international racing events like Formula 1 Etihad Airways Abu Dhabi Grand Prix which ends with a fireworks display, the Ferrari Finali Mondeli, and the NHRA Yas Drag Festival. Plus the city has a Ferrari-based theme park and at Al Forsan’s Sports Resorts, visitors can even try out different tracks. 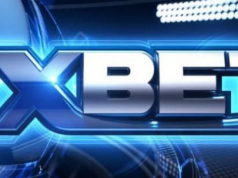 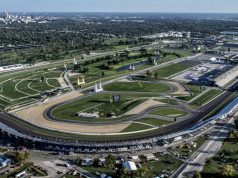