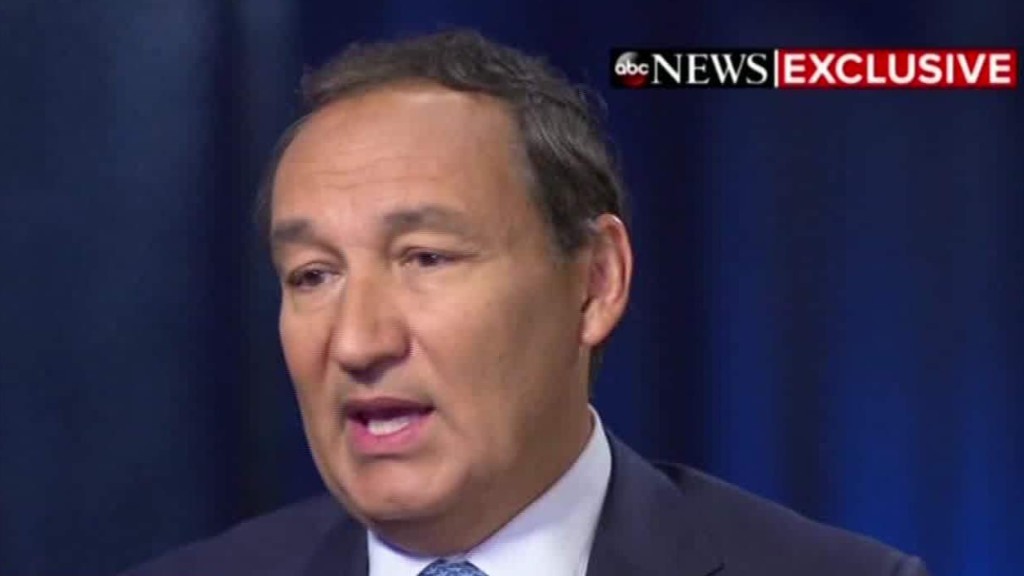 United Airlines says its CEO, Oscar Munoz, will not take broader control of the company as previously planned, after a high profile incident that damaged the company’s reputation.

The airline’s parent company, United Continental Holdings (UAL), said in a public filing Friday that Munoz asked that his employment agreement be changed to remove terms that would have made him chairman of the board of directors.

Munoz is currently a member of the board, and he wmas scheduled to take on the role of chairman at the company’s 2018 annual stockholder meeting.

The company also revealed Friday that a new 2017 compensation program for Munoz, along with that of other executives, will be more closely tied to improved customer satisfaction. United said it wants “directly and meaningfully progress in improving the customer experience.”

Related: United CEO Oscar Munoz: No one has been fired over passenger incident

As part of Friday’s disclosure, United also released its annual compensation figures for its top executives. Munoz received a total of $18.7 million, including $6.8 million related to replacing his equity stake that he held when he was president of railway CSX.

The changes come on the heels of a public relations disaster in which a passenger was dragged, bloodied and screaming, off an aircraft after he refused to give up his seat for commuting crew members.

The company’s first response, attributed to Munoz, did not go over well. He issued a statement that apologized only for “having to re-accommodate … customers.”

A second statement called the victim, Dr. David Dao “disruptive and belligerent.” And finally a third statement from Munoz reversed course, decrying the situation and calling it a “truly horrific event,” and offered a direct apology to Dao.

Dao’s lawyers have said he plans to file a lawsuit.

Munoz took the top spot at United in 2015 during trying times for the company. He was hired as CEO from outside the company after its former chief, Jeff Smisek, was forced to resign due to a scandal involving the Port Authority of New York and New Jersey.

Shortly after he took the reins, Munoz suffered a heart attack and underwent a heart transplant, which kept him out of the office for two months.

Robert Milton has been chairman since 2016, and will remain in that position.